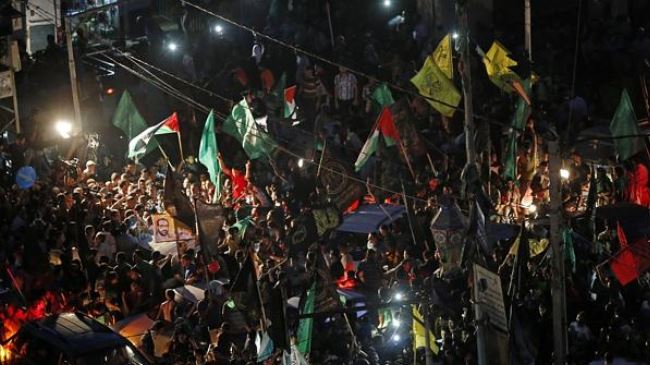 Deputy secretary general of Lebanese resistance movement, Hezbollah, says Iran’s support for the Palestinian resistance was instrumental in its victory against the Israeli regime’s recent military offensive on the Gaza Strip.

Sheikh Naim Qassem said in an interview with the Sunday edition of Iran’s Arab-language daily, al-Wefaq, that the Palestinians would not have won the war in the Gaza Strip had Iran not supplied weapons and logistics to the militants of the Hamas resistance movement.

Israel unleashed a massive offensive on the Gaza Strip on July 8. Almost 2,140 Palestinians were killed during the onslaught on the coastal enclave and around 11,000 others were injured.

Elsewhere in the interview, touching on the threat posed by the Takfiri ISIL group to the world, Qassem said the current situation would not have happened if the United States and its Western and Arab allies had not provided unlimited support to the terrorist group.

He said the Western governments and their regional allies wrongly imagined that they would manage to topple the Syrian government and change political equations in Iraq by financing ISIL terrorists.

The West and its allies aimed to use the ISIL to change the map of the Middle East region and create a new Middle East, Hezbollah official said, adding, “So, at the beginning of the terrorist group’s attack on Syria, they provided it with extensive support, but have now found out about their mistake and do not know what to do.”

The ISIL terrorists, of whom many are foreign militants, currently control parts of eastern Syria and Iraq’s northern and western regions, where they have been committing heinous crimes.

This is while the Western governments have contributed to the rise of the ISIL terrorists by sponsoring the militants fighting against the government in Syria.