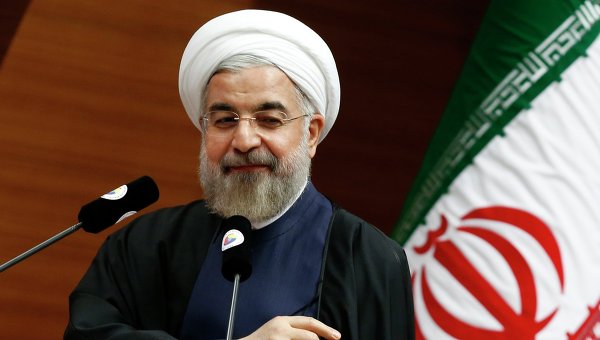 War on Islamic State: No chance without Iran

Iranian President Hassan Rouhani, attending the 14th summit of the Shanghai Cooperation Organisation (SCO) in the Tajik capital, Dushanbe, said it would be “simplistic to think air strikes can solve the complex problem of terrorism”. He said that the fight against terrorism requires “collective determination and joint regional and international cooperation”.

At the summit, the leaders of Iran, Russia, and China are no doubt discussing US President Barack Obama’s speech on September 11 proposing air strikes on Syria as a way of uprooting the scourge of the Islamic State group. Russia and Syria have already said any air strikes on Syria without UN Security Council approval would be illegal. The Iranian foreign ministry has called it ambiguous.

“We cannot rely on the Assad regime that terrorised its own people,” said Obama. Many would agree with that sentiment but then it ignores the advice given by top military experts, such as the former British Chief of Defence Staff, Lord David Richards, who stressed that, under the circumstances, Syrian President Bashar al-Assad needs to be brought on board.

“We’ve got to bring him in,” he said in an interview with the Today programme on September 5. Lord Richards argued that the exceptional global security conditions called for “a coherent grand strategic plan for dealing once and for all with Muslim extremism”. He named Iran and Russia as the major component of any such military plan stressing they are the only two countries that can influence Assad if air strikes were needed over Syria.

Confronting extremism in Iraq and Syria would not be possible by simply enlisting Arab nations and Sunni support especially in light of the CIA report, which says the number of Islamic State militants is three times what was assumed before. Iran’s support is vital to ensure the cooperation of the Shia majority in Iraq, as well as approval from Assad. In support of the Iraqi government, Iran has already provided much military cooperation and recently arrested Pakistani and Afghan nationals passing through to join the Islamic State group in Iraq.

It is possible that Obama kept the coalition list intentionally ambiguous to prevent a negative response or foul play from Iran or Russia. However, it may have an adverse effect on both, especially on the “good will” atmosphere that was to dominate the nuclear talks between Iran and 5+1 as they resumed in Vienna on September 11 with the participation of US Deputy Secretary of State William Burns and Under Secretary of State in Political Affairs Wendy Sherman.

“The alternative scenario would be terrible,” he told Channel 4 news. “In such a complicated region we cannot add another source of tension.”

Tension in the region

Another major advantage in having Iran on board is to reduce tension in the region between Iran and Saudi Arabia. With the rapid rise to prominence of the Islamic State group, threatening to occupy the holy sites of Karbala, Najaf, Medina, and Mecca, Iran and Saudi Arabia realised they have a common enemy. They could see that any further expansion may change the map of the Islamic holy sites. So both countries have had to swallow their long-standing enmity and accept limited cooperation. Iran recently sent its deputy foreign minister, Hossein Amir-Abdollahian, to Saudi Arabia for regional security talks.

Although no direct mention was made of Iran in Obama’s speech, there are still opportunities to discuss some form of limited cooperation both in the Vienna talks and in the next two weeks when the six global powers, Britain, China, France, Germany, Russia, and the United States, meet at the UN General Assembly in New York and when according to the EU chief diplomat, Catherine Ashton, talks with Iran are on the agenda in the fringe meetings.

It could be argued that the urgency of Middle East security conditions has brought the national interests of regional powers in line with those of western powers. This convergence of national and global interests calls for a complete review of the structure and modalities of international cooperation. Obama’s speech failed to rise up to that challenge although it gave a stronger commitment than before to fight the Islamic State group. Whether his strategy or his present set of partners can help Obama achieve that commitment before the end of his last term is an open question.

This article was written by Massoumeh Torfeh for Al Jazeera  on SEP. 13, 2014. Dr Massoumeh Torfeh is former director of strategic communication at the UN Assistance Mission for Afghanistan (UNAMA) and is currently a research associate at the London School of Economics and Political Science, specialising in Iran, Afghanistan and Central Asia.