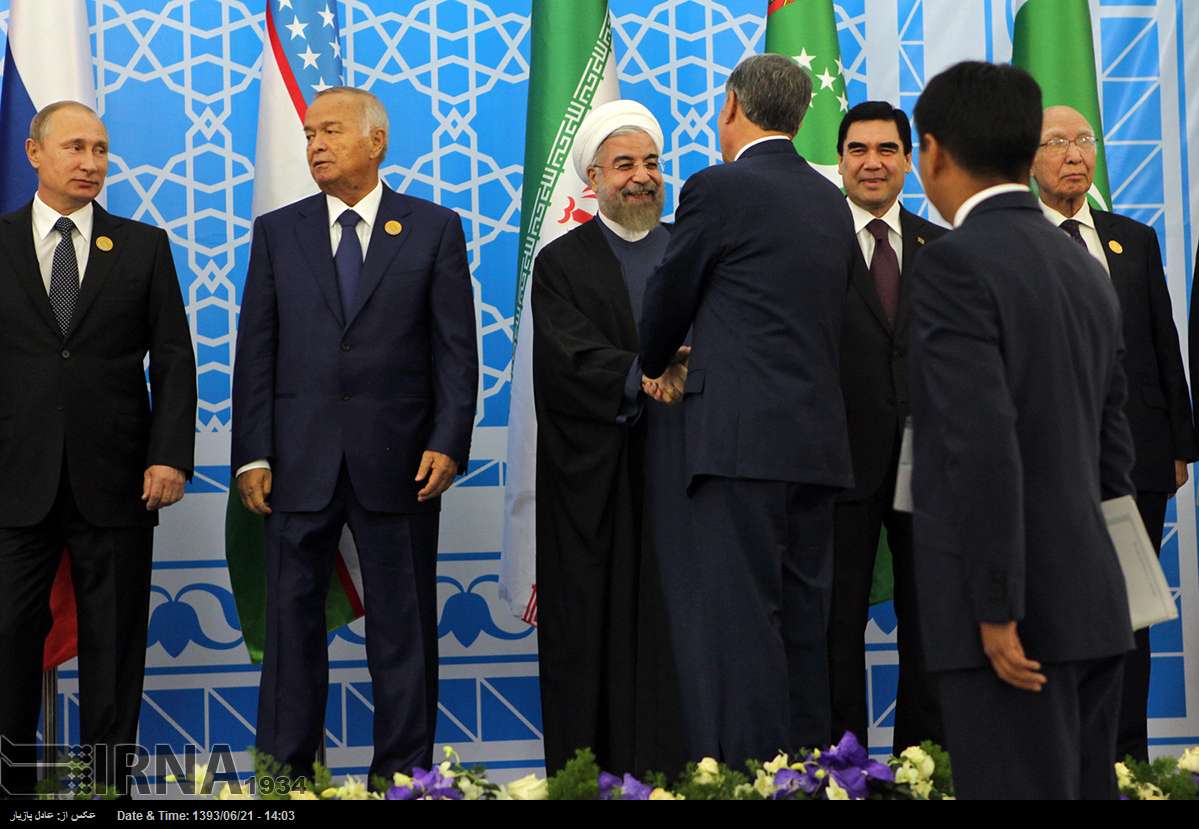 “Today, all regional countries and members of the Shanghai [Cooperation] Organization (SCO) are interested in more and better relations with Iran in all fields, including economic ties,” President Rouhani told reporters on Friday upon his return from a two-leg tour of Central Asia.

He expressed hope that his visit to Kazakhstan and Tajikistan would serve the interests of the Iranian nation and regional states.

The Iranian president assessed as “very good” his meetings with senior officials attending the 14th summit of the SCO in the Tajik capital, Dushanbe, and noted that the sides exchanged views on mutual relations and leading regional and international developments.

Pointing to the imminent opening of the Iran-Turkmenistan-Kazakhstan railway, President Rouhani said the project would improve the South-North Corridor, which is a route for the international transport of goods.

The Iranian president wrapped up his five-day tour of the Central Asian states of Kazakhstan and Tajikistan on Friday. Earlier in the day, he had delivered a speech at the SCO summit.

The SCO is an intergovernmental organization that was founded in 2001 in Shanghai by the leaders of China, Kazakhstan, Kyrgyzstan, Russia, Tajikistan, and Uzbekistan. Iran, along with four other countries, holds observer status at the organization.