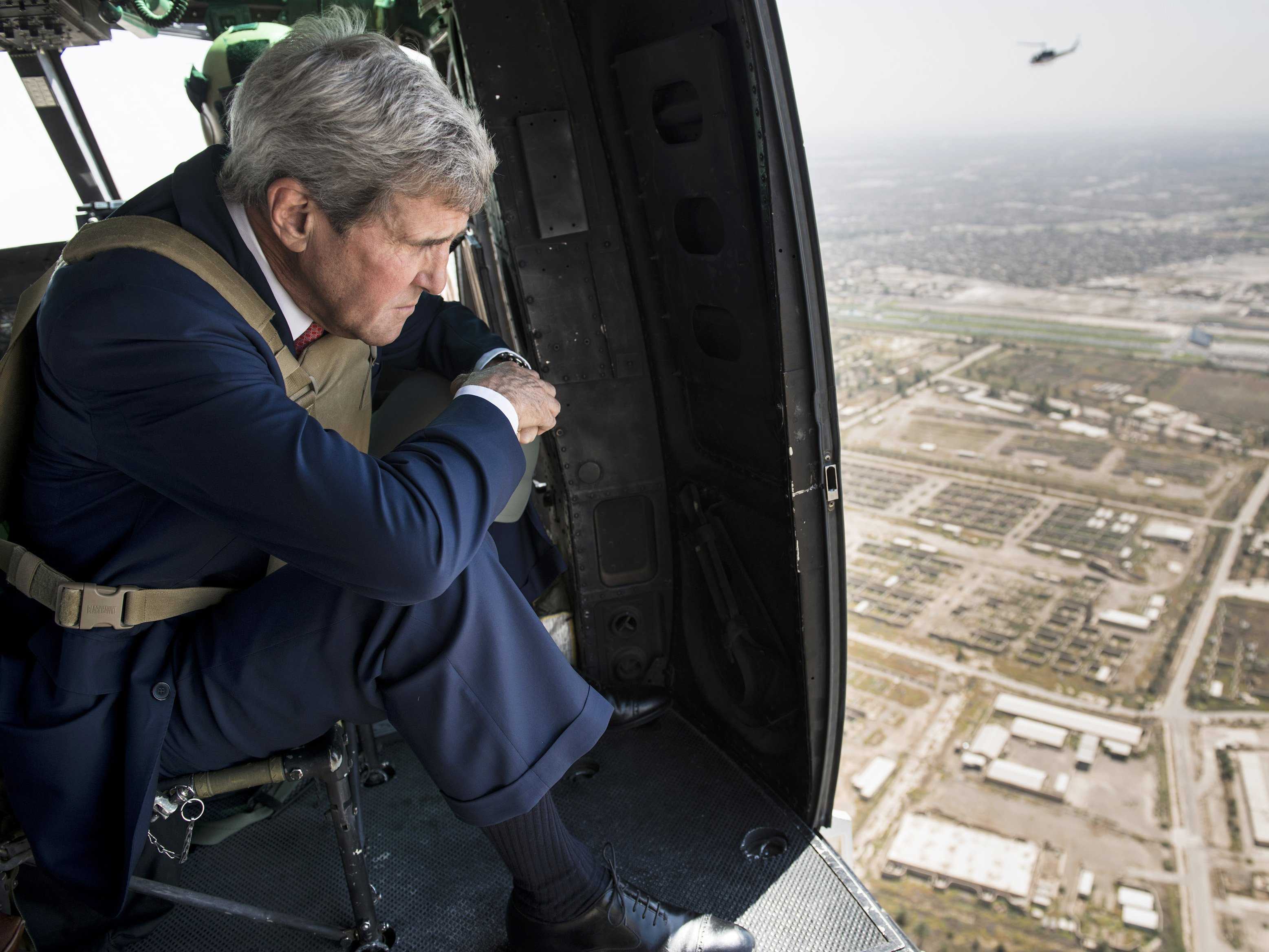 Kerry lands in Cairo for talks on anti-ISIS coalition

U.S. Secretary of State John Kerry arrived Saturday in Cairo on the latest leg of a regional tour to forge a coalition against Islamic State militants in Iraq and Syria.

Relations between Washington and Cairo have been strained since the military’s overthrow of elected Islamist president Mohammed Mursi last year, but the Egyptian government sees the fight against IS as its cause as well.

Mursi’s successor, the former army chief Sisi, is fighting Islamist militants in the restive Sinai Peninsula who have expressed support for the Islamic State.

But it appears unlikely that Egypt’s formidable army will make a significant military contribution to the fight in Iraq and Syria.

Washington is seeking a stamp of approval for its campaign from Egypt’s religious institutions, which include the prestigious Al-Azhar.

“One of the issues is to have their religious institutions to speak out against ISIL, to talk about it in Fridays sermons,” a US official travelling with Kerry told reporters.

“They (the Egyptians) are concerned about foreign fighters, an issue that has aggravated their domestic terrorism,” the official said.