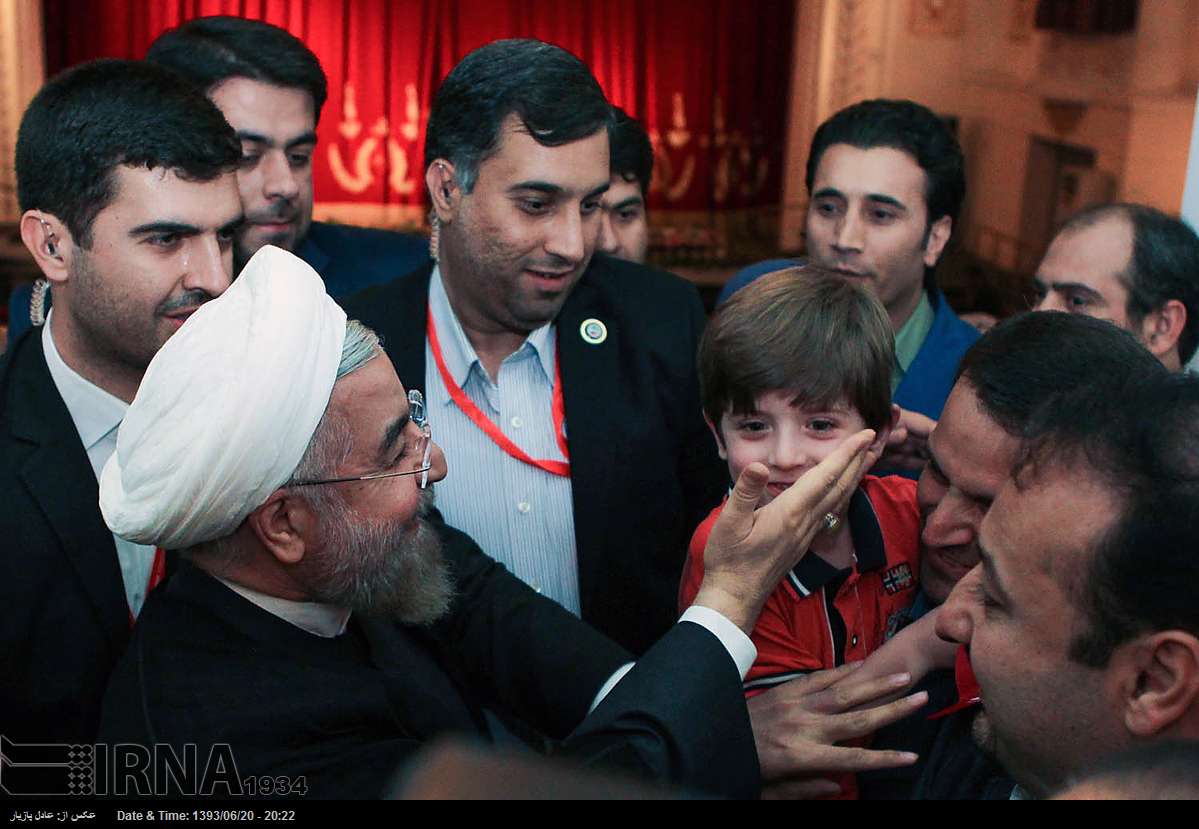 Dushanbe, Sept 12, IRNA – President Hassan Rouhani, who is in Tajikistan to attend Shanghai Cooperation Organization Summit, met with a group of Iranian expatriates in Tajikistan.

In his speech to Iranians, the president gave a report on the country’s progress during the past year.

He said his administration has done its best in the past year and the country is moving forward in economic and social fields, as well as in internal and external politics and security.

President Rouhani said his administration is trying to confront with Iranophobia since ‘we are not a nation to interfere in other countries’ affairs, neither do we want to make weapons of mass destruction’.

President Rouhani stressed that Iran is trying to make friendly relations with the regional countries.