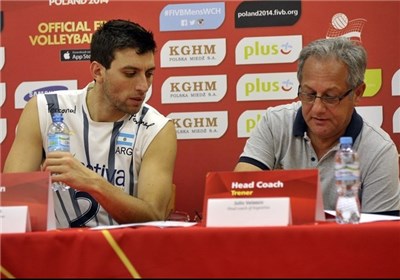 “I think the match today against Iran was played in top level. They really have the chances to go really far in the tournament,” Argentina coach Julio Velasco said in the post match news conference.

“Their tactical services posed many difficulties for us. Their attackers were also better in the block, keeping a balance between all the elements of the play. Since I left this team, the players have developed as individuals and as a team,” he added.

“That is why they made it to this stage. I think they are at this stage that they have become a very good team that even on their worse day, they can still play well. I think the last two matches can teach us something. We have to open our mind so we can learn a lesson from it,” Argentina coach concluded.