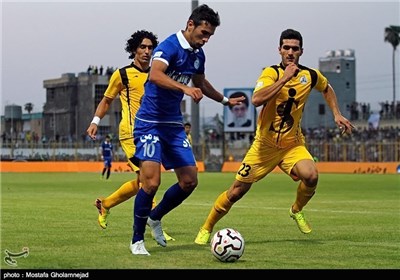 Vahid Amiri found the back of the net just after 45 seconds into the match.

It was Esteghlal’s second loss in the current season as the team was also defeated against Sepahan.

Mohammad Reza Khalatbari scored the only goal of the match in the 53rd minute.