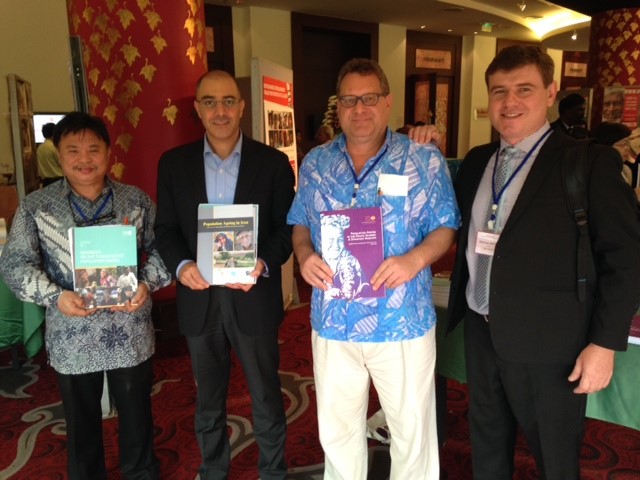 Over 200 participants from 120 organizations in 29 Asian and Pacific countries attended the conference to discuss how to respond to demographic shifts taking place across the region, where the number of elderly is rising sharply. The conference,“Older People in Ageing Societies: Burden or Resource?” was an opportunity for countries to share experiences and develop common perspectives on the issue.

The report, which is a collaboration between UNFPA Iran, the Demography Department of the University of Tehran and the Statistical Center of Iran, provides an extensive mapping of ageing in Iran. According to the report, people over 60 currently make up 8.1% of Iran’s total population. However, the number of elderly is growing at a much faster rate than the rest of the population. While the annual population growth rate for the general population is less than 1.5%, the annual growth rate for those aged 60-65 is 4.3%.

According to Mr. Kabiri, “The findings in this report underline that Iran must develop and implement an integrated national policy for the elderly – with a particularly focus on health and social issues. UNFPA is now working with the Ministry of Cooperatives, Labor and Social Welfare on this very issue.”

Lubna Baqi, UNFPA Deputy Regional Director for Asia and the Pacific, said that as life expectancy increases, these issues will have to be dealt with around the world, and that ageing-related issues need more attention in the global framework being developed to follow the Millennium Development Goals.