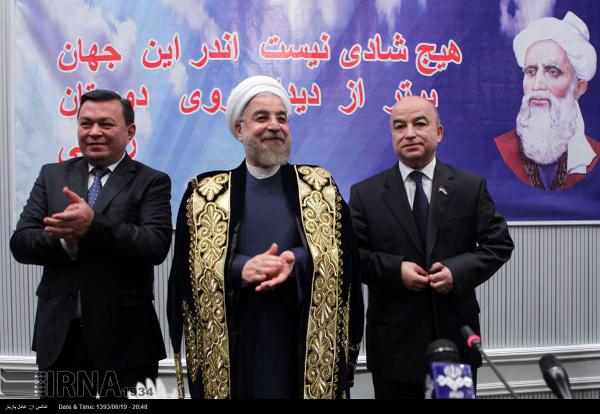 The honorary membership was granted to President Rouhani in a ceremony by that academy’s president during his visit of the academy in which he also gave a lecture on Wednesday evening.

Formerly the Chairman of the Iranian Expediency Council Ayatollah Akbar Hashemi Rafsanjani and the Head of the IRI Cultural Conservatory Reza Davari Aredkani had been granted the honorary membership of the Tajik Science Academy.