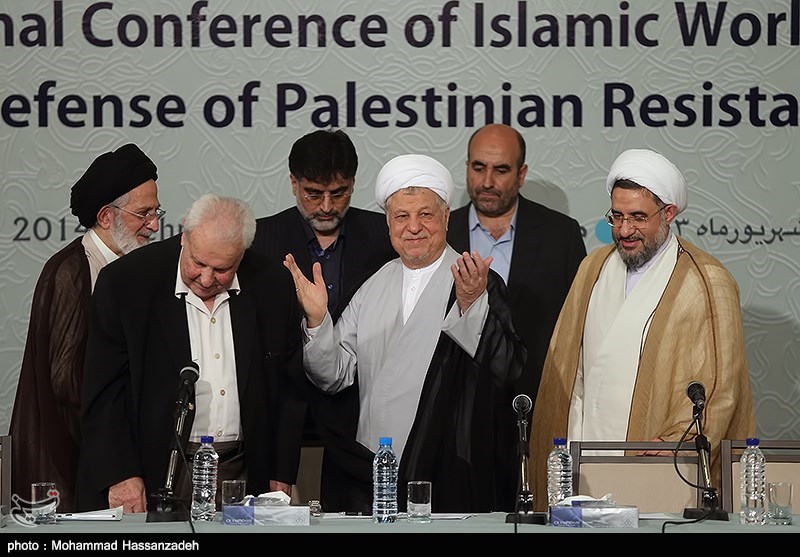 TEHRAN (Tasnim) – The Chairman of Iran’s Expedience Council says the Palestinian resistance against Israel’s 50-day onslaught on the Gaza Strip indicated the fragility of the Zionist regime.

“Israel is insecure. From north it is (facing) Hezbollah and from south (resistance groups in Gaza). If the West Bank is armed, there Israel will have no security at all,” Ayatollah Akbar Hashemi Rafsanjani said on Wednesday.

Chairman of Iran’s expediency council also pointed to the Islamic republic support for the resistance groups in Palestine and Lebanon and urged other Muslim nations to back the oppressed people of Palestine.

He made the remarks during the closing ceremony of a pro-Palestine conference in Tehran.

The two-day conference was organized by World Forum for Proximity of Islamic Schools of Thought.