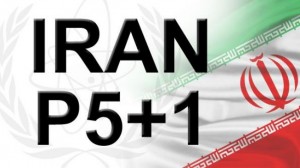 Tehran, Sept 11, IRNA – Iranˈs nuclear negotiating team began bilateral talks in Vienna, Austria, on Thursday with the representatives of three European members of the Group 5+1 (Britain, France and Germany) to settle disagreements on the way of reaching a final comprehensive agreement with the six major powers over Tehranˈs peaceful nuclear activities.

The meeting is being held at the UN Headquarters in Vienna with participation of Simon Gass, Nicolas Dorier and Hans-Dieter Lucas respectively from Britain, France and Germany.

Iran held over 20 hours of bilateral political and expert talks with representatives of the United States to the Group 5+1 in Geneva, Switzerland, on September 4-5.

The two expert teams were also led by Hamid Baeedinejad from Iran and Jim Timby.

The next round of talks between Iran and Group 5+1 is to be held in New York on September 18.