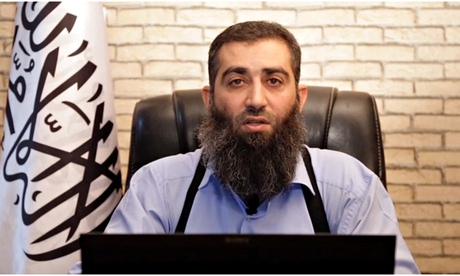 Leader of Islamist insurgent group, Hassan Abboud, among those killed in blast that occurred during meeting in Idlib province

The senior leadership of one of the most influential Syrian rebel organisations has been wiped out in a devastating blast that is likely to greatly diminish the group as a fighting force.

The blast killed at least 12 senior leaders of Ahrar al-Sham, including its leader, Hassan Abboud, when it hit a meeting where the group had gathered in Syria’s northern Idlib province, near the Turkish border.

The cause of the explosion remained unexplained almost a day later, with some Ahrar al-Sham members insisting a rival group had been responsible, while others claimed an explosion had mistakenly taken place in an adjoining ammunition base.