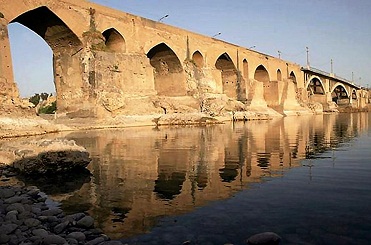 TEHRAN, Sep. 10 – The UNESCO Office in Dezful is compiling documentation on this ancient city and will soon submit it to UNESCO to have it added to the world’s heritage list.

Director of the UNESCO Office in Dezful Abdol-Hossein Pour Rokni said, “we are currently compiling the file for Dezful to have it registered in UNESCO world heritage list.”

“We have gathered more than 300 documents from different sources in regard to Dezful’s historical background, and the lives of its citizens in ancient era,” he added.

The UNESCO regional office in Dezful began its extensive research about the proposal of registering Dezful in the world heritage list two years ago and has so far compiled historical documents in 10 thousand pages.

“We have documentations about 22 ancient artifacts, unique natural attractions in particular the city’s old texture, nature, ancient bridges, mills, the Dez River, natural forests and historical monuments. This documentation will be submitted to UNESCO to register Dezful in the world heritage list,” remarked the director.

UNESCO regional office was established in Dezful in 2011. The aim of this office is to globally register Dezful’s historical and significant monuments, religious buildings, hydraulic structures, the ancient city of Jundi Shapur, crafts, and several natural attractions.”

Dezful with a history of several thousand years is the oldest city in Khuzestan province. The ancient, 1700-year-old bridge of Dezful, mills and the valuable historical texture are some of Dezful’s unique ancient monuments.