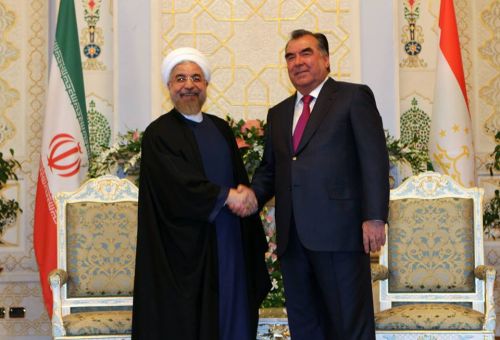 TEHRAN (FNA)- Iranian President Hassan Rouhani and his Tajik counterpart Emomali Rahmon inaugurated the Phase-II of Sangtoudeh-II Dam and Power Plant, which has been constructed through Iran’s major partnership, on Wednesday.

The Iranian and Tajik presidents inaugurated the power plant through videoconferencing and signing a sum of 10 cooperation pacts in different areas in a ceremony earlier in the day.

President Rouhani left Tehran for a bi-nation tour of Central Asia on Monday. On the first leg of his tour, the president visited Kazakhstan, where he met senior officials of the Central Asian nation and signed several cooperation agreements.

The Iranian President then left Astana for Dushanbe on Wednesday morning to attend the 14th summit of the Shanghai Cooperation Organization (SCO) and discuss bilateral ties with participants in the high-profile meeting.

Earlier today, Rouhani and his Tajik counterpart in a meeting in Tajikistan signed 10 cooperation pacts and a joint statement.