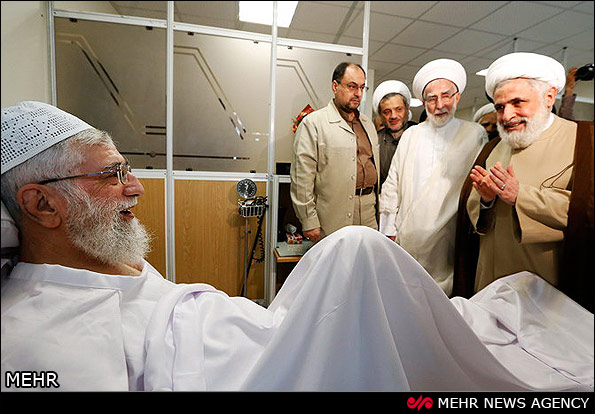 TEHRAN, Sep. 10 – A number of Muslim scholars, Shia clerics and Iranian officials have visited the Leader of the Islamic Revolution in hospital.

Ayatollah Seyyed Ali Khamenei had undergone a minor prostate surgery on Monday which was successfully done.

Meanwhile, a group of scholars on Islam who are in Iran for a conference on Palestinian resistance, visited the Leader on Wednesday.