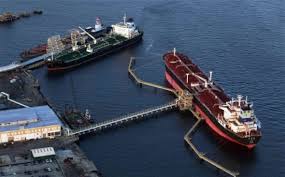 TEHRAN, Sep. 09 – Iran’s energy minister has said that the Islamic Republic and Russia will sign an accord worth of 10 billion dollars for thermal power station construction.

Chitchian added that the plants will be in Bandar Abbas, Tabas, Tabriz, Ahwaz and Isfahan.

In the meeting Novak pointed to a previous accord between the two countries on economic fields and said that Russia is ready to cooperate with Iran in technical and engineering fields.

He added that Russia is ready to do whatever cooperation needed to renovate Iranian plants.

In a previous meeting between Iranian and Russian energy ministers in Tehran, they discussed bartering crude oil in Caspian Sea in exchange for eleectricity.

In the new round of energy negotiations, Iran and Russia discussed ways to barter petrochemical products with petrochemical goods and catalysts.

Zanganeh rejected bartering only included Iran’s crude oil and Russian petrochemical products and added that there is no limitation for both countries’ cooperation.