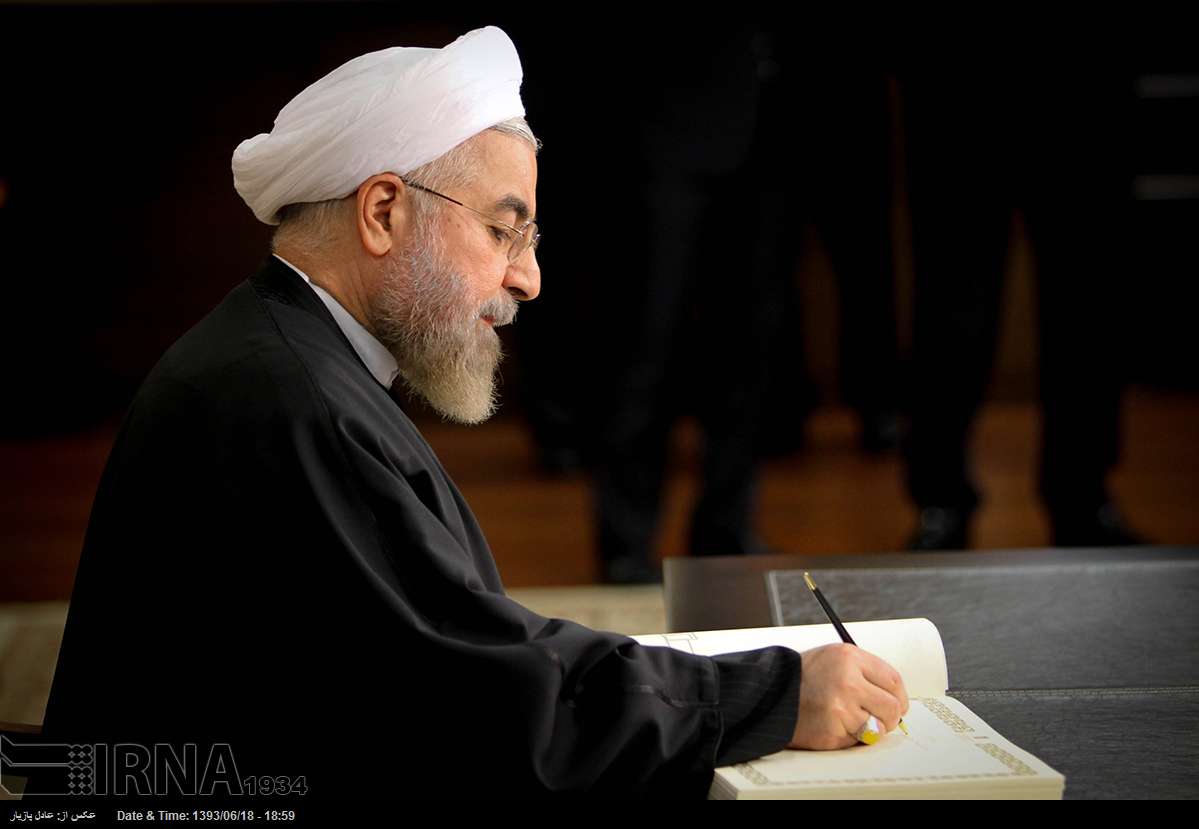 TEHRAN (FNA)- Iranian President Hassan Rouhani underlined improvement of the country’s political and economic situation as well as its regional and international position, and said the world countries have now focused on Iran’s economy.

“By pursuing the policy of constructive interaction, a new door has opened for talks and cooperation with other countries,” Rouhani said, addressing a forum of Iranian and Kazakh traders and industrialists in Astana on Tuesday.

“As a result of these developments, we are witnessing improvement of the political and economic conditions in the country and enhancement of the Islamic Republic of Iran’s regional and international status, and the giant international firms’ eagerness to open the door of interaction with Iranian companies in different fields can well vindicate this fact,” he added.

“Iran’s economy is now under international focus and it heralds one of the most promising investment environments in the next two decades given its outstanding success in the establishment of stability and security in the region and its reliance on human resources and extensive infrastructures,” Rouhani underlined.

Many European countries, including France, Germany and the Netherlands, are planning to enhance their economic relations with Iran, a business powerhouse in the Middle East region, as the sanctions imposed against Tehran are partially suspended.

“Optimism is predominating that there has finally been something of a relaxation in political relations and therefore in business possibilities,” Head of Trade Relations at the Association of German Chambers of Commerce Volker Treier said in January.

Dutch ambassador to Iran Jos Douma held a similar meeting in the Netherlands in January to discuss the terms of cooperation between Tehran and the Dutch companies which are eager to return to the Iranian market.