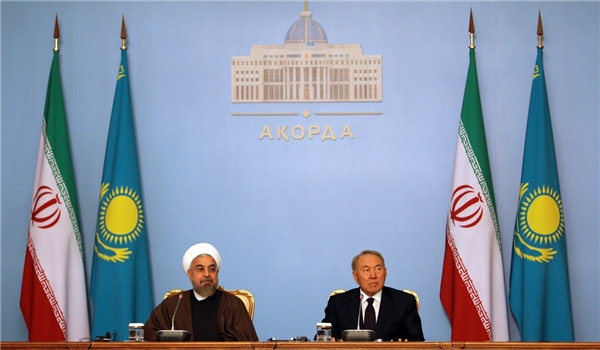 Nazarbaev said an end to the international dispute would “have a positive effect on the economic development of Iran and our bilateral relations.”

The two leaders met on September 9 in Astana during Rohani’s first trip to Kazakhstan as president.

Six world powers seeking to ensure Iran does not acquire nuclear weapons capabilities have set a November 20 deadline for a deal with Tehran, and the next round of talks begins on September 18 in New York.

Rohani is due to travel on to Tajikistan and attend a meeting of the Shanghai Cooperation Organization (SCO), a security grouping comprising China, Russia, Kazakhstan, Kyrgyzstan, Tajikistan, and Uzbekistan.

Iran has observer status in the SCO.