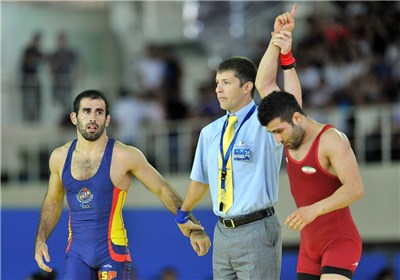 The Iranian wrestler beat Levan Metreveli from Spain 6-0 in his first match.

He defeated Ukraine’s Mykola Aivazian 10-2 in his second bout.

In the quarterfinal match, he beat Russian Viktor Lebedev 7-1 but lost to North Korean Yang Kyong-il in the semifinals.

The 2014 World Wrestling Championships started on September 8 in Tashkent, Uzbekistan and will finish on September 14.