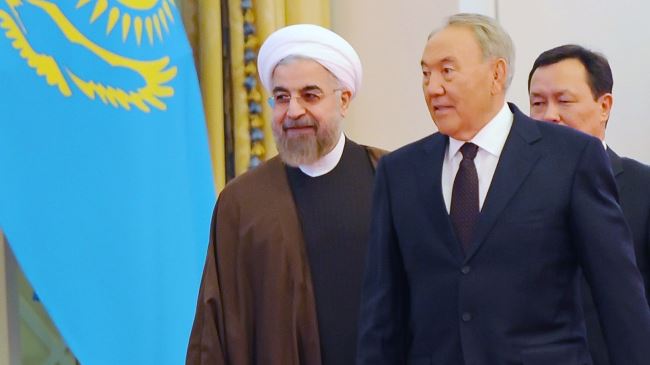 Nasim—Iranian President Hassan Rouhani and his Kazakh counterpart Nursultan Nazarbayev signed agreements including a deal for five year cooperation of Tehran and Astana.

Prior to inking the agreements, Presidents Rouhani and Nazarbayev held negotiations at the Akorda Presidential Palace discussing issues of mutual interest.

Iranian President and his high-ranking political and economic delegation, including a number of cabinet members arrived in Astana on Monday on the first leg of his five-day regional tour which will later take him to Tajikistan where he is to attend the 14th meeting of Shanghai Cooperation Organization.