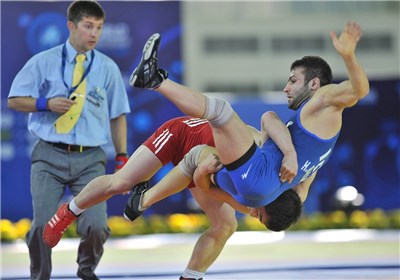 In the two-day event, which was held in Tashkent, the Iranian freestyle wrestlers bagged three silver medals and two bronzes.

On Monday, Hassan Rahimi claimed a bronze medal in the 57kg category.

Komeil Ghasemi claimed a silver medal in the 125kg. He lost to Turkey’s Taha Akgul in the final match.

On Tuesday, Masoud Esmaeilpour claimed a silver medal in the 61kg, being defeated by Azerbaijan’s Haji Aliyev in the final.

Ahmad Mohammadi was also defeated against Russian Soslan Ramonov in the final match of the 65kg and claimed a silver medal.

Russia won the title of the 2014 World Wrestling Championships.

The 2014 World Wrestling Championships started on September 8 in Tashkent, Uzbekistan and will finish on September 14.