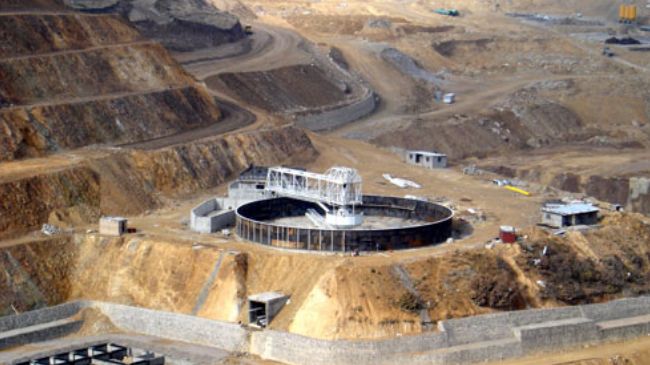 The Songoon copper mine in Iran’s northwestern province of East Azarbaijan. (File photo)

The International Relations Director of Spanish Confederation of Employers’ Organizations (CEOE) Jose Garcia Morales made the remarks on Monday as he along with Spanish Ambassador to Iran Pedro Villena met Mehdi Karbasian, the head of the Iranian Mines and Mining Industries Development and Renovation Organization (IMIDRO), in Tehran.

Morales said Spanish companies involved in steel manufacturing and mining are ready to cooperate with Iran.

Villena, for his part, pointed to the Iranian economy’s exit from the state of stagnation and the country’s success in curbing runaway inflation, and expressed the Spanish government’s interest in cooperating with Iran in the mining sector.

Karbasian referred to the easing of Western sanctions against Tehran as a proper opportunity for the Spanish firms to form joint venture projects with Iran’s mining sector.