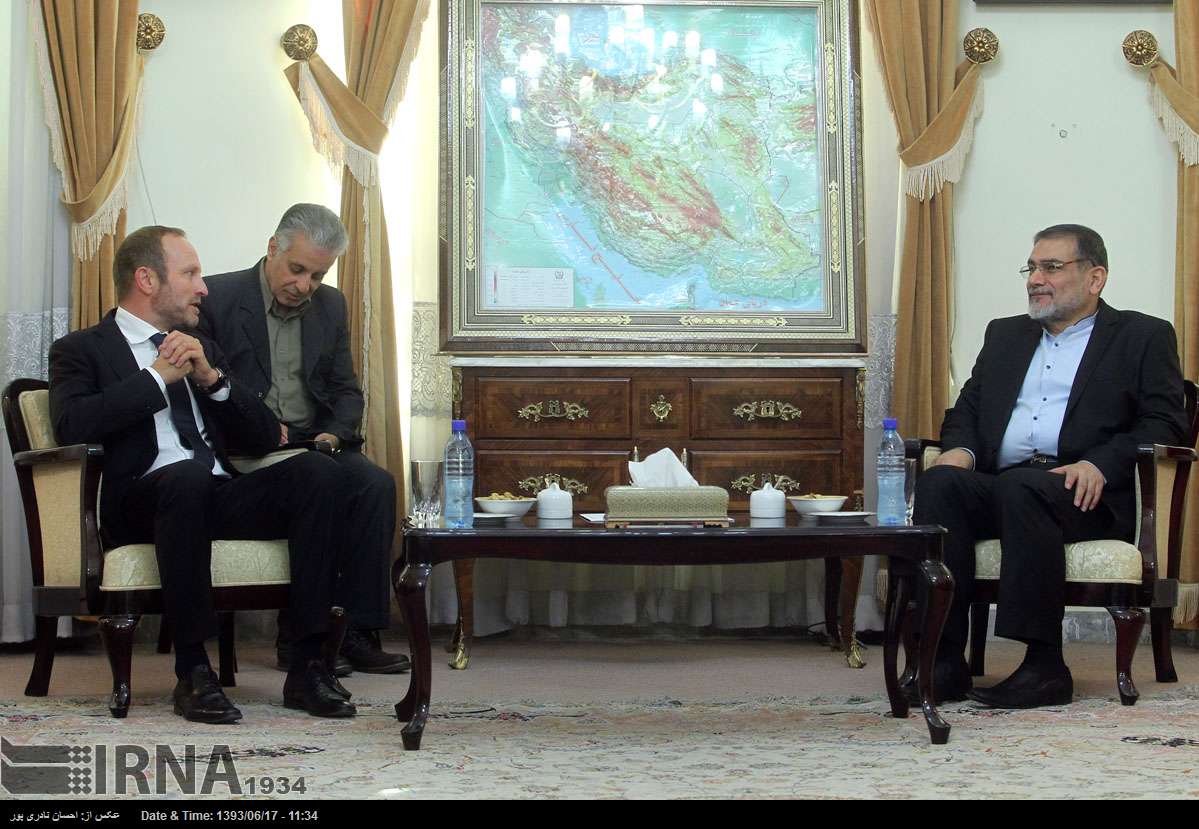 TEHRAN (FNA)- Secretary of Iran’s Supreme National Security Council (SNSC) Ali Shamkhani said Iran is playing the most central and influential role in the fight against the Islamic State of Iraq and the Levant (ISIL) terrorist group.

“The Islamic Republic of Iran has always been a pioneer in fighting terrorism and today it plays the most influential role in confronting this ominous phenomenon by supporting the Iraqi people,” Shamkhani said in a meeting with visiting Danish Foreign Minister Martin Lidegaard in Tehran on Monday.

He further blasted the countries which claim to be advocates of human rights but are supporting the terrorist groups, and said, “Any anti-terrorism action should be sincere, real and based on the regional capacities and partnership and without violating the countries sovereignty and (without a pursuit) for hegemonic political and security goals.”

Shamkhani described support for the Palestinian resistance and Iraqi and Syrian people’s campaign against terrorism as a religious responsibility, and said, “The Islamic Republic of Iran considers the followers of all Islamic sects and denominations as a united Ummah and lays emphasis on developing Islamic cooperation to strengthen the Muslim world capacities to fight security challenges.”

The Danish top diplomat stressed the need for the formation of an international coalition to combat the ISIL in Iraq.

During NATO’s summit in Wales last week, US President Barack Obama announced the creation of an international coalition to “degrade and ultimately destroy” the ISIL. The announcement came after the beheading of a second US journalist by the extremist group.

Regional analysts believe that the coalition will remain no more than a name, given the fact that the ISIL has been a direct or indirect product of the United States’ policies in the Middle-East as well as Washington’s failure in the complete destruction of Al-Qaeda’s worldwide network and sleeping cells.

Iranian officials have always underlined the country’s support for Iraq in the war on terrorism but have denied any military presence in the neighboring country.

He said that such reports are part of the West’s “psychological warfare” against Iran and are “completely unreal”.

Shamkhani emphasized that causing horror and instability as well as inciting armed and violent campaign against the will of the public, which is manifested through free and fair elections, are among the US objectives behind establishing terrorist groups such as the ISIL.

“As we have announced, we will examine the issue of helping (Iraq) within the framework of international regulations in case of an official request by the Iraqi government and this will be completely a bilateral process and has nothing to do with a third country,” he added.