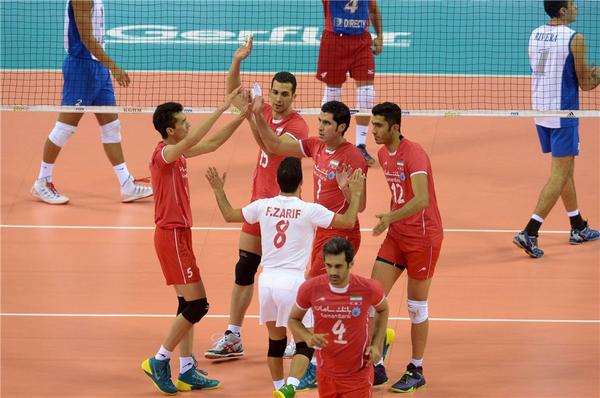 Iran had already raised from its pool after it had gained 8 points from its previous 4 games.

With the 3 points from this win against Puerto Rico, Iran totally gathered 11 points to become the second team in its Pool following France which has 12 points.

The Iranian team has been pitted against Italy, the US, Belgium, France and Puerto Rico in Pool D of the championship.