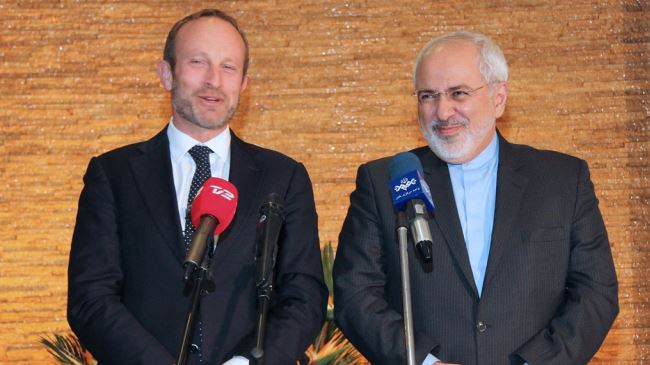 Iran’s Foreign Minister Mohammad Javad Zarif has warned that the growing wave of terrorism and extremism plaguing Iraq and Syria poses a “serious” threat to the Middle East and the entire world.

“No one will remain immune to extremism and terrorism, and this [extremist] current has proven it does not adhere to any principles,” Zarif said in a meeting with his Danish counterpart, Martin Lidegaard, in the city of Mashhad, the capital city of the northeastern Iranian province of Khorasan Razavi, on Sunday.

Elsewhere in his comments, the top Iranian diplomat pointed to “historical” Tehran-Copenhagen relations, saying the two countries “have great potential for the expansion of ties and can cooperate with each other in various areas.”

Zarif further stated that Iran and Denmark can have “useful” talks on human rights issues despite the differences of opinion between the Islamic Republic and the European Union (EU) in this regard.

Lidegaard, in turn, voiced concern over the spread of terrorism and extremism in the Middle East, emphasizing the need for Iran and Denmark to have constant consultations to help end the violence in the region.

The senior Danish diplomat also highlighted the significance of Iran’s position in the region and the world, calling for closer relations with the Islamic Republic on different fronts.