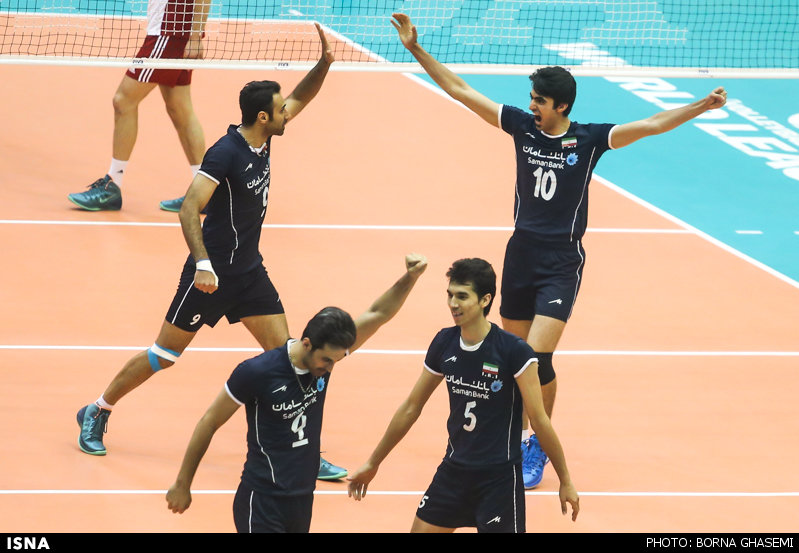 TEHRAN (FNA)- Three Iranian volleyball athletes were selected as the best blocker, the best setter, the best receiver at the end of the first round of the 2014 FIVB Men’s World Championship in Poland.

Seyyed Mohammad Mousavi was named as the best blocker, Capitan Saeid Marouf as the best setter, and Farhad Qaemi as the best receiver of first round of FIVB World Championship.

Iran’s Marouf also was selected as the best setter, and another Iranian legend, Mohammad Mousavi, received 96 points and was declared the best defender of the FIVB Men’s Volleyball league.

Iran’s National Volleyball team stood at the second spot of Pool D, and have reserved their ticket for the next round of the competition.

After Sunday’s matches, France kept their top spot in Group D with 12 points from their five matches followed by Iran (11 points), the US (6 points), Italy (5 points), Belgium (5 points) and Puerto Rico (3 point).

Hosts Poland, Argentina, Serbia and Australia from Pool A, Three-time defending champions Brazil, Germany, Finland and Cuba from Pool B, Olympic champions Russia, Bulgaria, Canada and China advanced from Pool C and France, Iran, the US and Italy from Pool D have booked their spots in the next round of the competition.