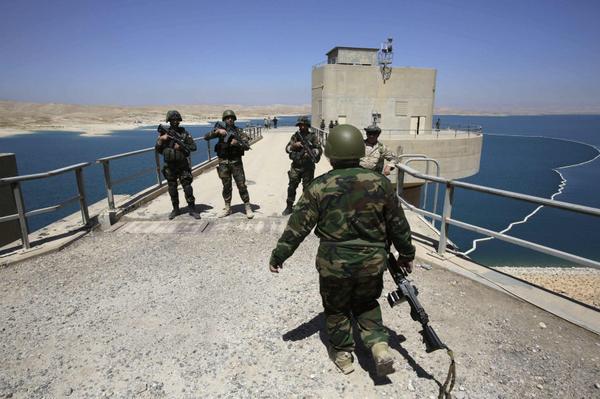 The United States has begun carrying out air strikes near Iraq’s Haditha Dam which was under threat from Islamic State in Iraq and Syria militants, a U.S defense official said on Sunday.

“At the request of the Iraqi government and in keeping with our mission to protect U.S. personnel and facilities, U.S. military planes have begun striking ISIL terrorists near the Haditha Dam,” said the official who declined to be identified.

“These strikes are being conducted to prevent the terrorists from further threatening Iraqi security forces in control of the dam.”