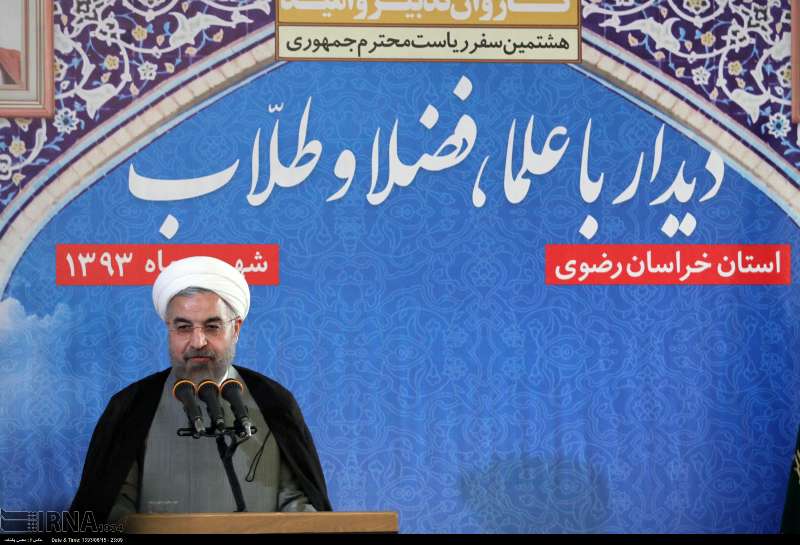 Iranian President Hassan Rouhani has voiced support for the Iraqi government in its fight against the ISIL Takfiri militants.

The Iranian president made the remarks while addressing thousands of people in the holy city of Mashhad on Saturday.

President Rouhani praised the Iraqi nation’s efforts to battle the ISIL, saying security would not be possible in the neighboring country without Iran’s assistance.

He noted that some of the crisis-hit country’s towns would not have been liberated without Iran’s help.

“If it wasn’t for the assistance of the Iranian nation and the Iranian government, today we would not be witnessing relative security in Iraq. Alleys, towns, villages, and the region are being saved from the hands of savage terrorists and murderers day by day,” Rouhani said.

“All over Iraq the greatest service to create relative security and stability has been carried out by the Islamic Republic of Iran.”

Iraq has been fighting the ISIL terrorists since they took control of Mosul on June 10. The takeover was followed by the fall of the city of Tikrit, located 140 kilometers (87 miles) northwest of the capital Baghdad. The control of Tikrit was later retaken by the Iraqi army.

The ISIL terrorists have been committing heinous crimes in the captured areas, including the mass execution of civilians and Iraqi security forces.

The United Nations says at least 1,688 were killed by violence in Iraq during August.