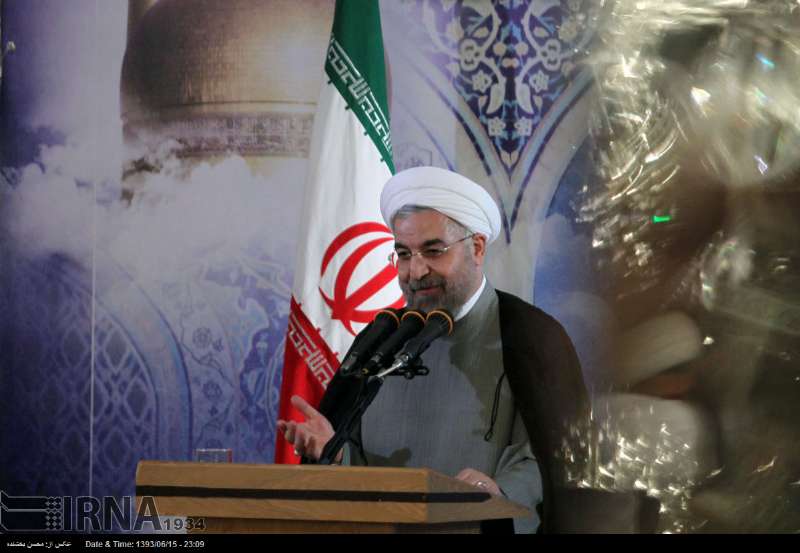 Mashhad, Khorasan Razavi Prov, Sept 7, IRNA – President Hassan Rouhani says his administration would continue the policy of resistance in all fields despite outside pressures.

President Rouhani, who has traveled to Mashhad, in the northeastern Khorasan Razavi province on his eighth provincial tour, made the remarks in a meeting with the elites and war veterans.

The Iranian nation has trust in God, and no power is capable to disappoint or defeat them, he added.

The president referred to murder of defenseless women and children in Gaza by Zionist regime forces and added that Zionists’ atrocities have a root in their materialistic philosophy and their desperateness towards Palestinians’ resistance.

The Iranian nation has been always proud of its resistance in the past three decades despite the pressures, threats and sanctions, he stated.

President Rouhani pointed to the ongoing anit-Iran sanctions and the turmoil in the region and added that the administration would continue efforts to resolve economic problems and improve the future prospects.

Iran’s foreign policy has taken new directions since Rouhani was elected as President in 2013. In the meantime, nuclear talks between Iran and the G5+1 members have gained momentum.