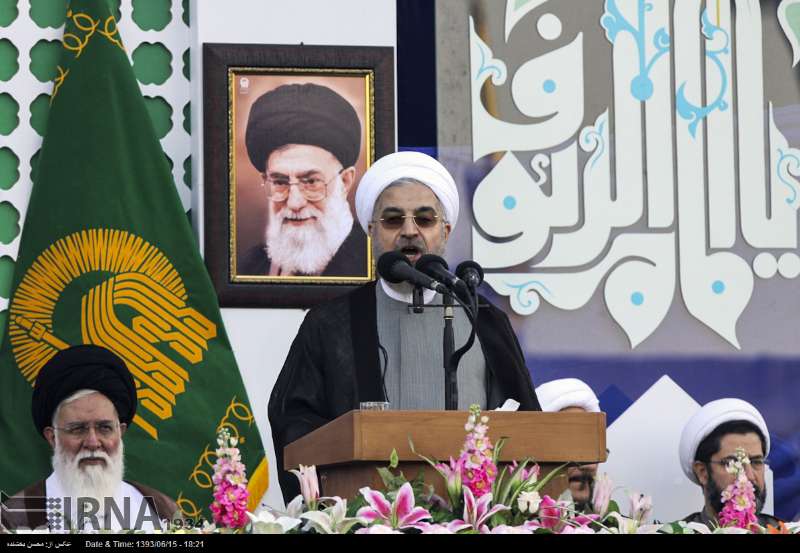 Iran has got rid of recession: president

Mashhad, Khorasan Razavi prov, Sept 6, IRNA – President Hassan Rouhani said on Saturday that Iran has got rid of recession thanks to accurate economic planning of the government.

President Rouhani, who has traveled to Mashhad, in the northeastern Khorasan Razavi province, heading his cabinet members, on his eighth provincial tour, made the remarks while he was delivering a speech to a large crowd of people at holy shrine of Imam Reza (AS), the eighth Imam of Prophet Mohammad (PBUH) Infallible Household.

On the governmentˈs efforts to control inflation, the president said that the inflation rate in Iran will be reduced to lower than 20 percent this year.

Rouhani said the government has taken big steps since he took power a year ago to remedy the ailing economy.

He vowed that with support of the nation and guidelines of the Supreme Leader, the government will take major strides.

ˈIn economy, domestic and foreign policy, culture and social issues, we have reached a point that was probably unbelievable last year,ˈ the president said.

He noted that all the achievements so far have been reached in the light of national unity.

ˈWe all are sitting in the same ship,ˈ the president said. ˈLeftist or rightist, this party or that party, old or young, man or woman, it makes no difference. We are all lovers of Iran, the Revolution, Islam and the Infallible Household of Prophet Mohammad (PBUH) and honor to be so.ˈ