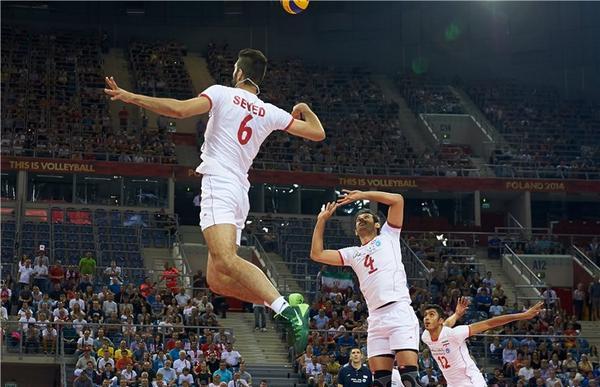 Iran beats Belgium to compete in 2nd round of FIVB Championship

Prague, Sept 6, IRNA – Iranian national volleyball team in its 4th game in Menˈs Volleyball World Championship beat Belgium, gained 8 points from 4 games, and for 1st time raised to 2nd round of these games.

In 4th games of Group 4, held in Krakow on Saturday the Iranian national volleyball team competed against Belgium.

Head Coach Slobodan Kovacˈs team beat Belgium 3-1 so that the Iranian team in its 5th presence in FIVB World Championship games for the first time rises to the 2nd round of these competitions.

In their previous three games the Iranian champions 1st beat the United States and then Italy in its first and second games and only lost to France.