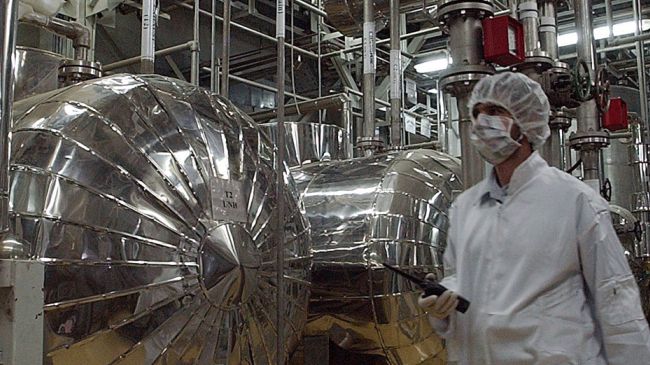 Iran’s delayed response to two of the demands by the International Atomic Energy Agency (IAEA) has been due to the complexity and time-consuming nature of the issues, an Iranian official says.

On Friday, Iranian Ambassador to the IAEA Reza Najafi pointed to the agency’s quarterly report about five transparency steps that Tehran was supposed to implement regarding its nuclear energy program, two of which have yet to be taken.

“Iran had previously notified the agency that, considering the complexity of the issues in question, the full implementation of the five measures was not possible by August 25. Therefore, the agency has not expressed concern over the issue in its report, as it was aware of that beforehand,” Najafi pointed out.

“Regarding other past issues within the framework of the five practical measures, the third phase of serious negotiations have started between Iran and the agency and they are scheduled to be continued,” he said.

In a Friday report, IAEA Director General Yukiya Amano said Iran has implemented three of five transparency steps that it was supposed to take by August 25 in line with a roadmap agreed with the UN nuclear monitoring body in November 2013.

The IAEA, however, said that Iran has been slow in providing the Agency with information about its past nuclear activities, including alleged experiments on explosives that could be used for military purposes and studies related to calculating nuclear explosive yields. Iran has repeatedly denied accusations of military dimensions in its nuclear activities.

Iran cut its stockpile of low-enriched uranium to about 7.8 tons in August from 8.5 tons in May, it said.

The report confirmed that Iran has stopped the enrichment of UF6 above the 5-percent level, and no longer has any stockpile of UF6 enriched up to 20-percent.

No new facilities have been installed at Arak Heavy Water reactor, and there has been no fuel test or production process at the site, it added.

The report also noted that Iran continues to provide the agency with controlled access to centrifuge assembly units and stockpile facilities.