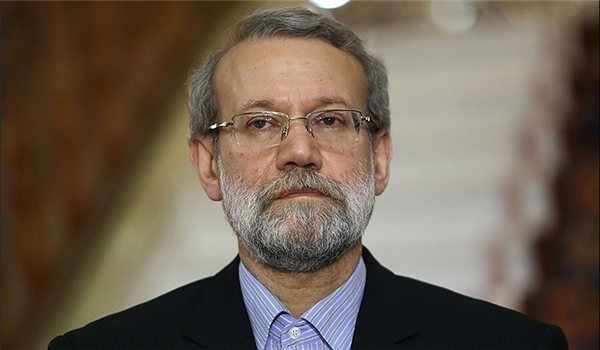 Iran’s Majlis Speaker Ali Larijani says the United States and the United Kingdom have engineered and sponsored terrorism around the world.

“History shows that the first terrorists in the world and in the region are the superpowers themselves,” Larijani said, adding that the US and UK are chief among them.

The United States and European states have expressed concerns that the Western militants fighting in Iraq and Syria would pose a security threat once they decide to return to their countries. This is while the United States and its Western allies have been actively funding and training the militants.

The top Iranian parliamentarian pointed out that the superpowers express misgivings over terrorism while they themselves have created the ISIL terrorist group in Iraq and Syria.

Referring to the Western countries, he said, “You will never be upset about terrorism and you are lying because you yourselves were the founders of terrorism in the region.”

In recent years, several Muslim countries including Iraq, Syria, Lebanon, Pakistan, Afghanistan and Nigeria have become the scene of atrocious crimes against humanity by Takfiri groups.

After years of silence, in recent days, senior US officials have denounced the ISIL terrorist group  in the strongest terms possible following the brutal execution of American journalists James Foley and Steven Sotloff.

The US military has attacked the ISIL militants inside Iraq after earlier this month President Barack Obama authorized aerial attacks against ISIL targets in the country.

The ISIL terrorists currently control parts of eastern Syria and Iraq’s northern and western regions, where they have been committing heinous crimes in the captured areas.