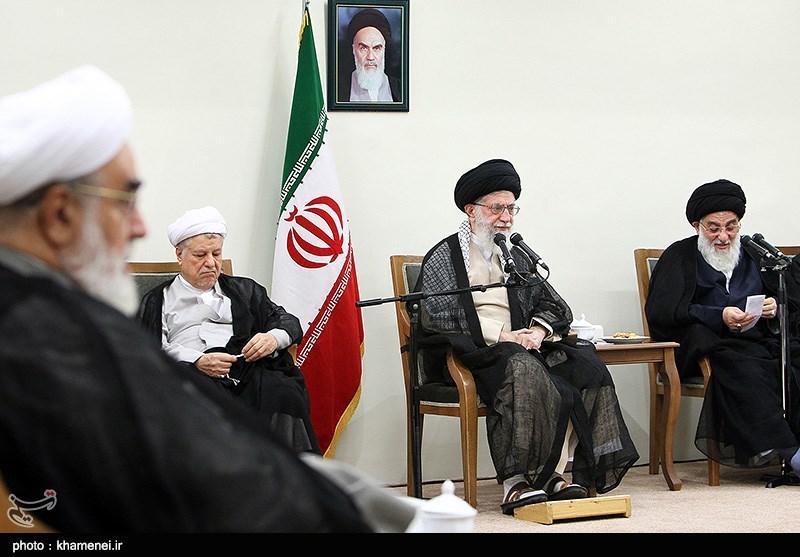 TEHRAN (Tasnim) – Supreme Leader of the Islamic Revolution Ayatollah Seyed Ali Khamenei underlined that the terrorist groups such as al-Qaeda and the Islamic State in Iraq and the Levant (ISIL) have been fabricated by the West and its regional proxies.

“Although, the Western countries, particularly the US, claim that they have nothing to do with these groups (al-Qaeda and ISIL), there is ample evidence suggesting that these movements have been fabricated by Western powers and their regional elements,” said Ayatollah Khamenei in a meeting with members of Iran’s Assembly of Experts on Thursday.

He also slammed the West’s double standards towards issues such as democracy and human rights and said nobody believes the West’s slogans chanted in support such values.

Ayatollah Khamenei said pointed to the West and especially the US support for staging coups against democratically-elected governments and said Washington alone has toppled 50 governments in the aftermath of World War II. He also said using violence and force against independent nations as well as propping up terrorist organizations and launching military invasions against countries such as Iraq and Afghanistan have already undermined the rudiments of the Western system.

Ayatollah Khamenei also praised Palestinian resistance movements for firmly standing up to the Israeli military during its aggression against the Gaza Strip and described Palestinians’ military achievements against Israel as a “miracle.”

The Leader added that Palestinians had in fact managed to bring the Zionist regime, the symbol of Western power in the region, down to its knees.

Leader of the Islamic Revolution said a new world order is being shaped, noting that Iran needs to get more powerful to play an effective role in the process.