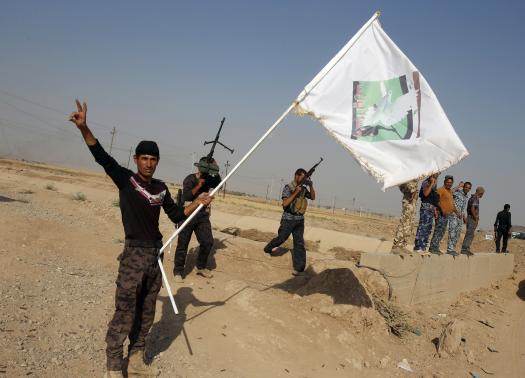 Islamic State of Iraq and Syria leader Abu Bakr al-Baghdadi has lost his aide after a strike on the ISIS-held city of Mosul, the Iraqi defense ministry said Thursday.

Another ISIS figure was also declared dead, the ministry added. Baghdadi has declared himself a caliph, or leader of an Islamic state, after his group seized key territories in Iraq.