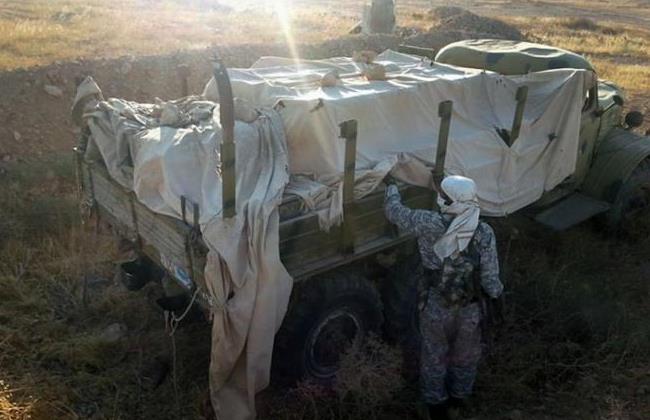 BEIRUT – Five Syrian pro-government activists have been arrested for criticizing the intelligence services and Defense Ministry over the loss of key military bases and the deaths of soldiers, an NGO said Tuesday.

Rami Abdel Rahman, director of the Syrian Observatory for Human Rights, said they were arrested on Friday “after criticizing the role of the Defense Ministry and the intelligence services in the loss of key bases in the north, particularly the Tabqa military airport.”

The five men are all members of the minority Alawite sect to which President Bashar al-Assad belongs.

Four were arrested in the coastal cities of Latakia and Tartus, strongholds of the regime and the Alawite community, and a fifth in Damascus.

The four from Latakia and Tartus had sought to organize demonstrations against Defense Minister General Fahd al-Freij, but were detained before they took place, Abdel Rahman said.

The fifth, Mudar Khadur, was arrested in Damascus after launching a social media campaign calling for information on the fate of soldiers at bases overrun by jihadists.

Militants from the jihadist Islamic State seized three bases in northern Raqa province in July and August, killing dozens of soldiers, including some who were decapitated.

Khadur launched the “Eagles of Tabqa Military Airport” Facebook page to rally support for troops as they came under attack, and then the #Waynun or #WhereAreThey campaign after Tabqa was captured.

The page and campaign included direct criticism of Defense Ninister Freij, with postings referring to him as “Minister of Death” and expressions of anger at his reappointment in late August.

“These men were not opponents of Bashar al-Assad,” Abdel Rahman said.

“But they were angered by the lack of explanations about how these well-protected bases could have fallen so quickly and the large number of deaths,” he said.

“Not a traitor, not an agent, not a terrorist,” one posting reads.

“He was arrested by the air force intelligence on the evening of August 29, 2014 in Damascus.”

According to the Observatory, at least 2,366 Syrian soldiers were killed in July and August alone, more than 800 of them in jihadist attacks, with others still missing.

Tens of thousands of people are being held in Syrian prisons, according to the Observatory, many of them activists seeking the ouster of the regime.

More than 180,000 people have been killed since the beginning of the uprising against Assad in March 2011.