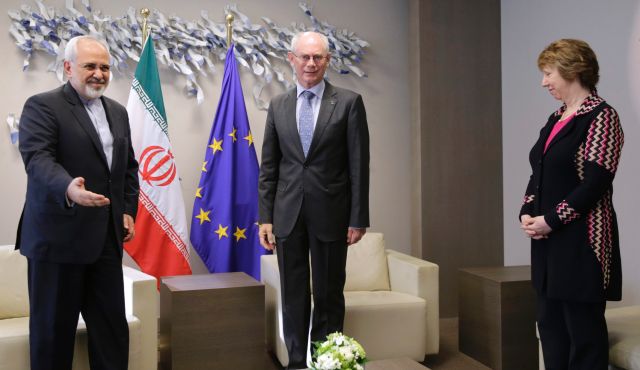 Israeli team heading to U.S. for intel exchange ahead of Iran talks

A high-level Israeli delegation will head to Washington next week for talks with senior American officials on the nuclear negotiations between Iran and the six powers.

The negotiations over Iran’s nuclear program are slated to resume in New York a few days after the Israeli delegation’s visit. These negotiations, which were originally supposed to end in July, were subsequently extended for four months, until the end of November. But they remain bogged down over the issue of Iran’s uranium enrichment program.

Next week’s Israeli-American talks will be part of the two countries’ annual strategic dialogue. The two days of talks, on September 10 and 11, are expected to be especially intense.

Part of the time will be devoted to exchanging intelligence assessments regarding the progress of Iran’s nuclear program and how flexible Iran is prepared to be in the nuclear negotiations. Jerusalem and Washington will also try to coordinate positions in advance of the nuclear talks, which Iran is conducting with the United States, Russia, China, Britain, France and Germany.

Those talks will begin in New York on September 16. A few days later, Iranian Foreign Minister Mohammad Javad Zarif is expected to meet with the foreign ministers of the six powers on the sidelines of the UN General Assembly in an effort to resolve the impasse.

On Monday, Zarif met in Brussels with Catherine Ashton, the European Union’s outgoing high representative for foreign affairs and security policy, to prepare for the nuclear talks in New York. Ashton has been leading the talks with Iran on behalf of the six powers, and though she is ending her job as the EU’s top foreign policy official, she will retain her role as chief nuclear negotiator with Iran.

Over the past half year, Iran and the six powers held intensive discussions in Vienna in an effort to reach a permanent deal over Tehran’s nuclear program. Though significant progress was made on some issues, such as what to do with the heavy-water reactor at Arak, almost no progress was made on one of the most important issues — the future of Iran’s nuclear enrichment program. Thus this will be a major focus of the new round of talks that will take place later this month.

So far, both sides are refusing to budge on this issue. The six powers are willing to let Iran retain no more than a symbolic enrichment capacity, up to 1,000 centrifuges, while the Iranians want to significantly expand their capacity so they can produce their own nuclear fuel for all their civilian reactors.

A senior Israeli official said Jerusalem fears that as part of the effort to end the impasse in the nuclear talks, some of the participating countries will offer “creative ideas” that entail far-reaching concessions to the Iranians and would enable them to retain a significant enrichment capacity. “So far, the powers have taken an assertive stance, but this is liable to change if they want to prevent the failure of the talks,” said the official, who was speaking on condition of anonymity.

The Israeli delegation to Washington will be headed by Strategic and Intelligence Affairs Minister Yuval Steinitz. Its other members will be National Security Advisor Joseph Cohen; Jeremy Issacharoff, the head of the Foreign Ministry’s strategic affairs division; and senior officials from the Israel Atomic Energy Commission, the Mossad, the Defense Ministry and Military Intelligence. The U.S. delegation will be headed by Deputy Secretary of State William Burns and Under Secretary of State Wendy Sherman. Sherman also heads the U.S. negotiating team in the talks with Iran.

Steinitz will brief the Knesset Foreign Affairs and Defense Committee today on the talks between Iran and the six powers. He is expected to paint a gloomy picture of Iran’s unwillingness to agree to any significant compromise over its uranium enrichment program, which Israel views as critical.