Iran’s Larijani lambasts US for starting terrorism in region 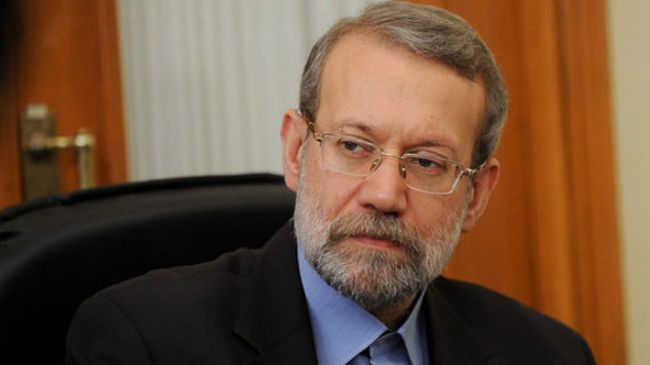 TEHRAN (FNA)- Iranian Parliament Speaker Ali Larijani blamed the US for initiating and sponsoring terrorism in the region, and said Washington’s occupation of the regional states caused a boost in terrorist actions.

He stressed that Iran along with other Muslim states should only be in charge of the establishment of security in the region and they don’t need any western assistance, and added, “Muslims are not fond of terrorism.”

“It is you (the westerners) who help these people behind the stage to create fake movements so that they tarnish the face of Islam and become your puppets too,” Larijani added.

In relevant remarks in August, Larijani underlined that the US airstrikes would by no means help destroy the Takfiri terrorists of the Islamic State of Iraq and the Levant (ISIL).

“This western hue and cry about the fight against ISIL is a mistake because the terrorists who are hidden inside homes cannot be destroyed through airstrikes,” Larijani said, addressing the closing ceremony of the 10th International Energy Conference.

Addressing the western supporters of the ISIL, Larijani said, “If you want to annihilate ISIL, then you should not have helped them all throughout the last several years.”

He reiterated that bombing the ISIL was not the proper way to destroy the Takfiri terrorists.

“We state our words frankly, but some countries say something (against the terrorists), while they help the ISIL secretly ….” Larijani added.