French parliamentary delegation due in Tehran 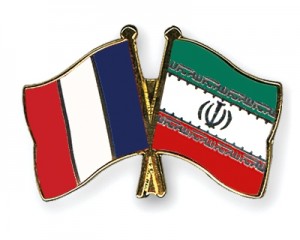 TEHRAN (Tasnim) – Chairman of the French parliament’s defense committee is set to visit Tehran later this month at the head of a parliamentary delegation.

Adam and her accompanying delegation will meet with Boroujerdi and a number of other Iranian officials to discuss issues of mutual interest.

Ties between Tehran and Paris have improved following an interim deal between world powers and Iran that allows sanctions relief in some sectors in return for curbs on Iran’s peaceful nuclear program.

Iran and the Group 5+1 (the five permanent members of the UN Security Council plus Germany) clinched the landmark interim deal in Geneva, Switzerland, on November 23, 2013.

The agreement took effect on January 20 and expired six months later on July 20.

Tehran and the sextet are in talks to reach a final agreement over Tehran’s nuclear energy program and the removal of unjustified sanctions against Iran.