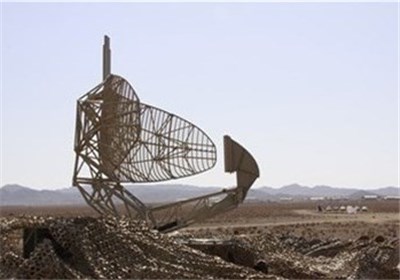 The Keyhan and Arash 2 radar systems were unveiled during a special ceremony attended by Brigadier General Farzad Esmaili Commander of Khatam al-Anbia Air Defense Base on Tuesday.

The Keyhan (Cosmos) long-range radar, which uses mixed frequencies to identify small flying objects with cruise missiles, is a mobile system that is suitable for detecting large number of aerial targets in the electronic warfare.

The Hadi (Conductor) project, which is employed for transmitting radar and missile information to the command and control centers in long distances, was also unveiled on Tuesday.