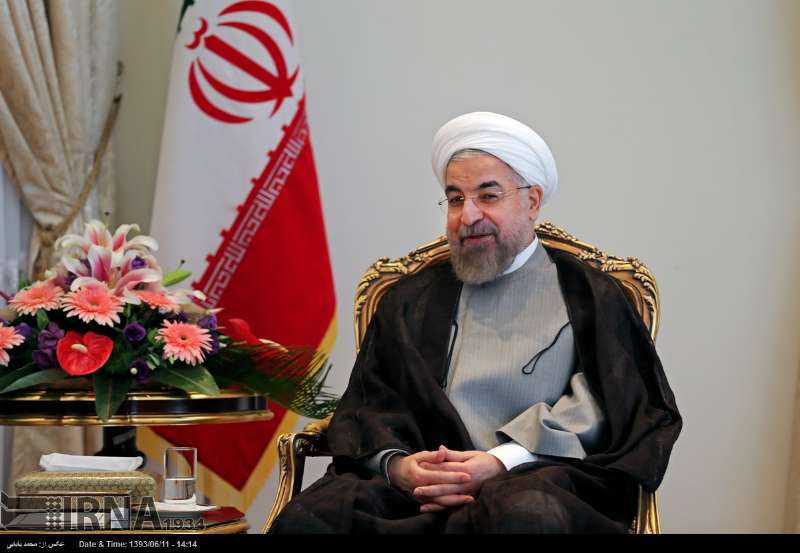 Iran’s President Hassan Rouhani has reaffirmed Tehran’s determination to expand relations with the global community based on constructive interaction.

Speaking in a Tuesday meeting with Iran’s new ambassadors to Germany, China, Romania, Tunisia, Bolivia and Colombia, Rouhani said constructive interaction in international relations within the framework of Iran’s foreign policy strategies to ensure maximal protection of the country’s national interests is the main approach taken by the Iranian administration in its diplomatic efforts.

The meeting was held before the Iranian diplomats headed to Iran’s diplomatic missions in the six countries.

The diplomats elaborated on their views about ways of enhancing ties with the six countries and called for Rouhani’s support in the course of their diplomatic mission.

The administration of President Rouhani has given top-notch priority to expansion of Tehran’s ties with the global community since it took office in September 2013.

Achievement of a landmark interim nuclear deal with the Sextet of world powers and partial suspension of sanctions against Iran in November 2013, resumption of Iran-UK diplomatic ties and expansion of the Islamic Republic’s relations with many Western and Muslim countries are among the main achievements of Tehran’s diplomatic strategies.