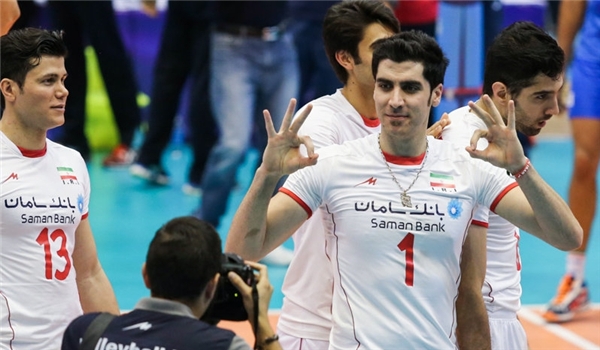 TEHRAN (FNA)- Iranian volleyball athlete Shahram Mahmoudi suffered an injury, and will miss Iran’s matches against US and France in the FIVB Volleyball World Championship.

Iran’s Mahmoudi suffered a twisted ankle in the match against Italy in the opening game of the 2014 FIVB World Championship on Sunday.

Siamak Afrouzi, Iran’s Volleyball team Doctor, announced that Mahmoudi is out of squad because of injury, and will not play against US and France.

Iran’s Afrouzi is hopeful that a few days rest will be enough for Iran’s Volleyballer to return to action when Iran will face most powerful teams of the world in the tournament.

Iran will play their next match against US today.

The National Iranian volleyball team ranked fourth in the FIVB 2014 World League, gaining the best title among the Asian teams which have participated in the 25-year history of the league.