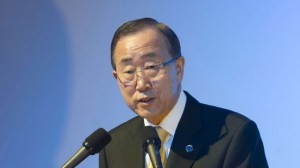 “The seizure of such a large swath of land risks paving the way for further settlement activity, which – as the United Nations has reiterated on many occasions – is illegal under international law and runs totally counter to the pursuit of a two-state solution,” Mr. Ban’s spokesperson said in a statement.

The Secretary-General called on Israel to “heed the calls of the international community” to refrain from settlement activity and abide by its commitments under international law and the Quartet Road Map – the plan which calls for Israel and Palestine to live side by side in peace and within secure borders.

Senior UN officials, including Mr. Ban, have repeatedly urged both parties to exercise prudence and to avoid taking unilateral actions on the ground that would further diminish the chances of reaching a negotiated final peace agreement.