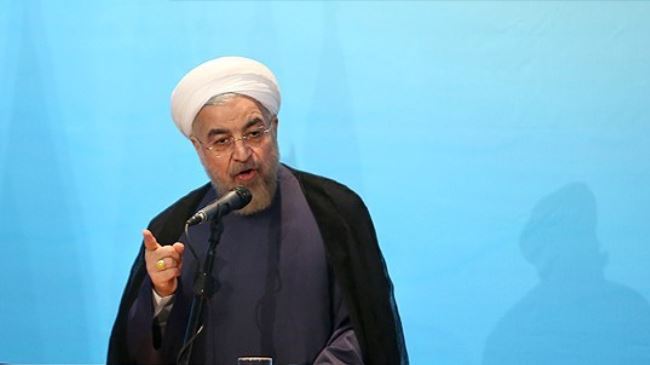 Iran will do all in its power to free Al-Aqsa Mosque: Rouhani

Iran’s President Hassan Rouhani says the Islamic Republic will do all in its power to liberate the Al-Aqsa Mosque in East al-Quds (Jerusalem) from the Israeli regime’s occupation and will spare no efforts to help the Palestinian people.

“The government of the Islamic Republic of Iran, like in the past, will use all tools at its disposal to save al-Aqsa Mosque and liberate the first Qibla (direction to which Muslims turn for prayers) of Muslims and will spare no efforts to help the oppressed Palestinians,” Rouhani said at a conference on World Mosque Day in Tehran on Monday.

He added that the Muslim world will not allow aggressors to continue their occupation of al-Aqsa Mosque.

“We are confident that the final victory belongs to Muslims,” the Iranian president pointed out.

Rouhani further condemned the extremist groups that kill women and children and destroy mosques in the name of Islam, saying a “bunch of ignorant barbarians” are defaming Islam in favor of arrogant powers.

Israel is facing mounting pressure to rein in a spiraling wave of hate crimes by Israelis, mainly in the form of vandalism and graffiti – targeting mosques and churches.

This comes as Israeli authorities are systematically acting to change East al-Quds’ identity and character.

Over the past decades, Israel has tried to change demographic makeup of al-Quds by constructing illegal settlements, destroying historical sites, and expelling the local Palestinian population.

Over half a million Israelis live in over 120 settlements built since the 1967 Israeli occupation of the West Bank and East al-Quds. The international community considers the settlements as illegal.