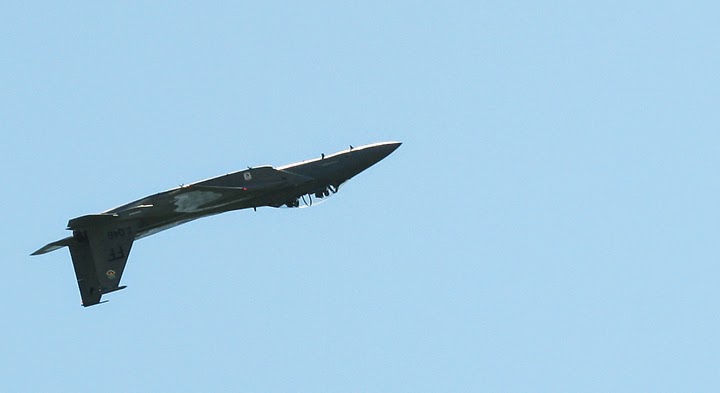 The forever threat: The imminent attack on Iran that will never happen

Last month, amid the Israeli bombardment of Gaza, accomplished lunatic Louie Gohmert, a Republican congressman from Texas, took to the House floor and called for Iran to be attacked.

After insisting it is “time to cut off every dime of American money going to anyone who has any kind of relationship with Hamas or those killing in the Middle East, and especially in Israel,” Gohmert added, “It is time to bomb Iran’s nuclear capabilities. It is time for the United States, if we are not going to stop Iran’s nukes, then let Israel do it. A friend will not put another friend in this kind of jeopardy.”
Never mind that Iran has no “nukes” for anyone to “stop,” since it’s not actually making any and never has made or acquired any. Never mind that Iran has been consistently complying with the prescriptions of the multilateral deal agreed to last November by Iran and six world powers. Never mind that a number of recent articles in widely-read media outlets have addressed the myriadfalsehoods and myths responsible for the past three decades of fear-mongering and propaganda about Iran’s civilian nuclear program.Still, the persistent false narrative that military strikes by either the United States or Israel may follow any potential failure to reach a deal continues to berepeated in the press. Of course, the fact that any such attack would beunequivocally illegal under international law is rarely noted in these assessments. Indeed, even the “threat” of attack is itself expressly prohibitedunder the terms of the United Nations Charter.Pronouncements that Iran is close to having a nuclear bomb, or close to being bombed, are ubiquitous in the media. Threats against Iran – by both theUnited States and Israel – have been made for decades, despite routine Iraniandismissal of such rhetoric as mere bluster.

The frequency of such threats – always reported with fever-pitched alacrity by a dutiful and prostrate press – is alarming.

Not only is an American or Israeli attack on Iran always just around the bend – regardless of the state of diplomacy or intelligence assessments – but the media consistently provides fantasy scenarios by which its audience canimagine, replete with maps and graphics, just how such war crimes wouldtake place.

Over twenty years ago, a report in the Independent (UK) published on June 23, 1994 revealed that the Pentagon had inked a deal to provide Israel with advanced F-15I fighter jets, designed to “enable the Israelis to carry out strikes deep into Iraq and Iran without refuelling.”

Three years later, on December 9, 1997, a The Times of London headline screamed, “Israel steps up plans for air attacks on Iran.” The article, written by Christopher Walker, reported on the myriad “options” Israel had in confronting what it deemed “Iran’s Russian-backed missile and nuclear weapon programme.”

Such reports have been published ever since. Of course, neither the United States nor Israel will attack Iran, regardless of the success or failure of negotiations, but such reports (often the result of strategically timed “leaks” by anonymous government officials) serve to not only to intentionally torpedo diplomacy but also mislead the public into believing the absurdly false narrativesurrounding the Iranian nuclear program; that is, either Iran must be bombed or it will acquire a nuclear arsenal. This is nonsense.

Below are some of the constant headlines we’ve seen over the past dozen years promoting such propaganda. When will this madness – this pathological obsession with the false necessity of dropping bombs and the righteous inevitability of killing people – stop? 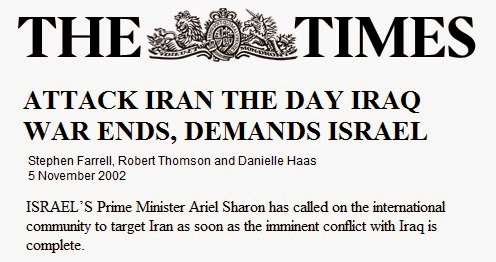 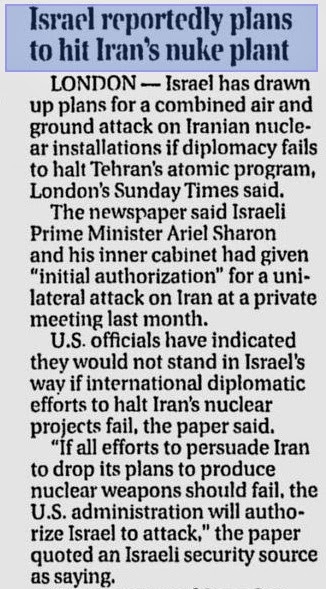 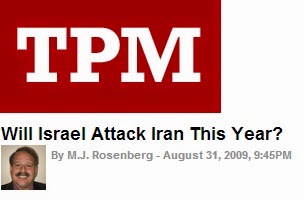 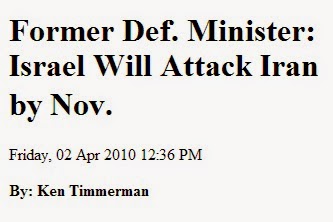 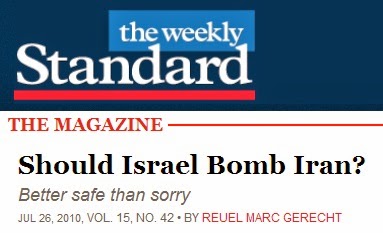 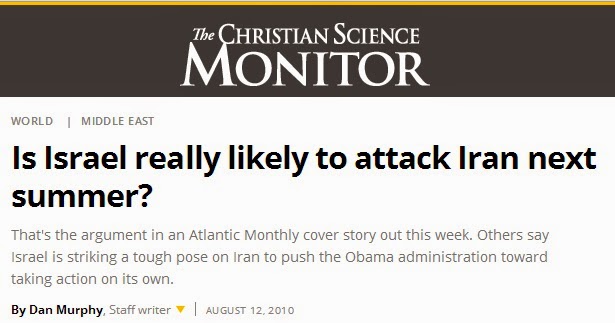 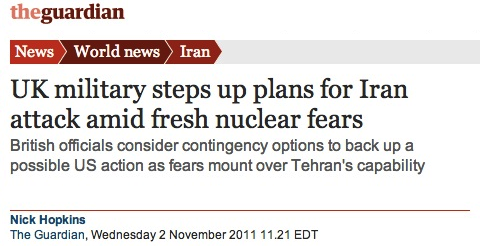 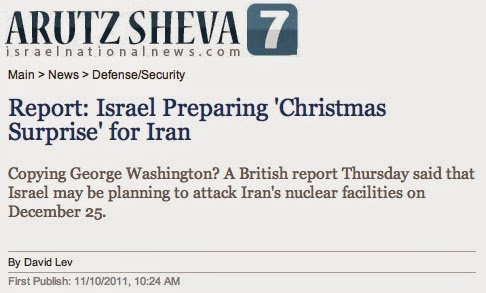 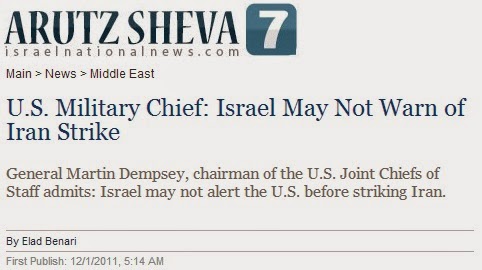 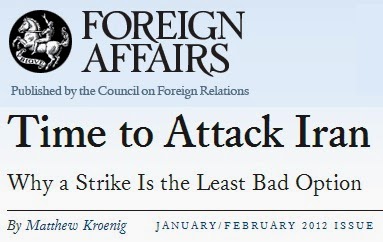 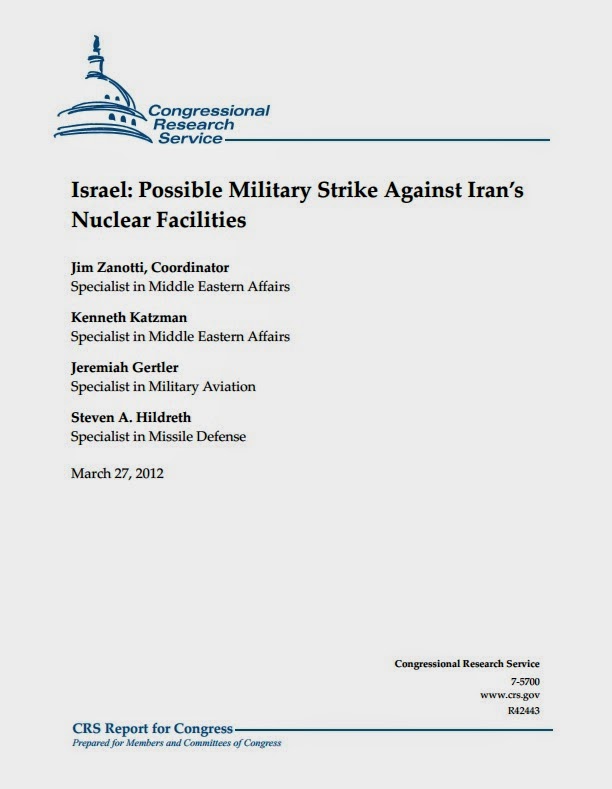 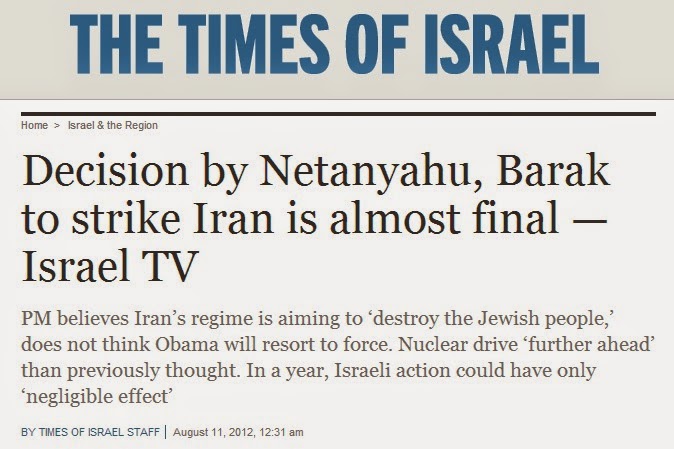 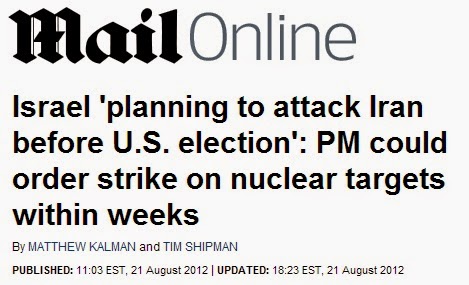 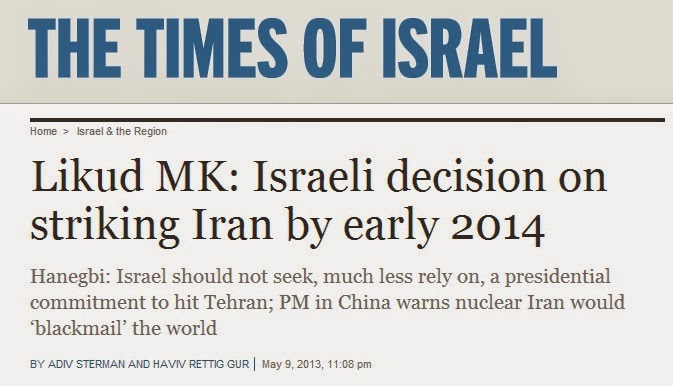 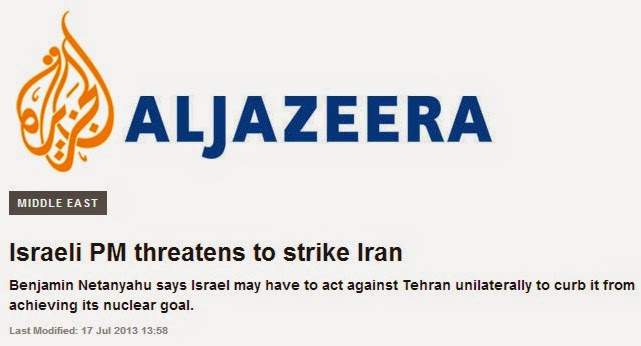 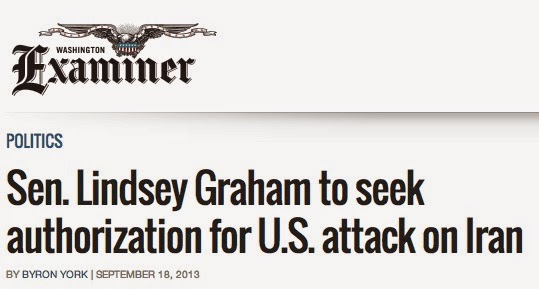 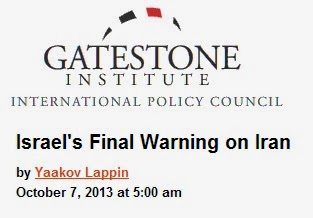 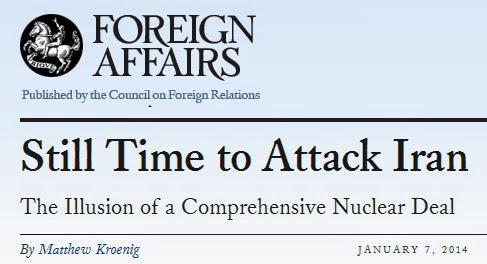 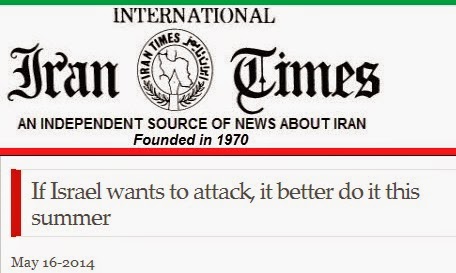 August 30, 2014 – Like clockwork, yet another headline asking the question everyone already knows the answer to.

By Wide Asleep In America