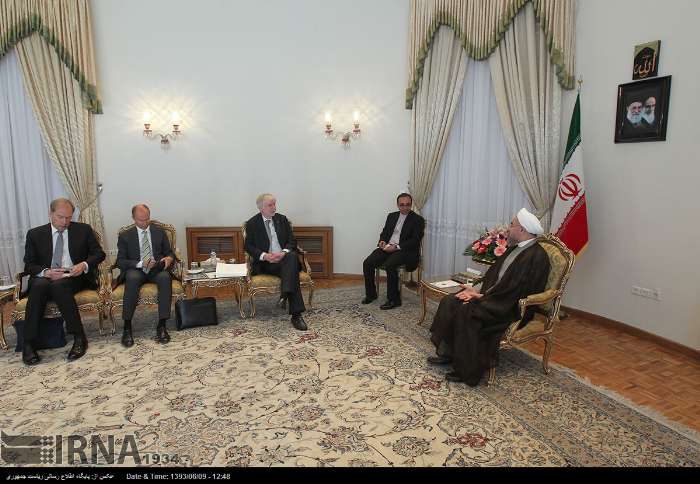 TEHRAN (FNA)- Iranian President Hassan Rouhani said Tehran is ready to launch joint combat against terrorism with the EU, although he complained about the double-standard treatment of terrorist groups by some western states.

“When the terrorist groups killed people in Syria, they (the terrorists) were supported by certain (western) countries but today because their (the westerners’) interests have been endangered, they have taken a different position,” Rouhani said in a meeting with Finnish Foreign Minister Erkki Tuomioja in Tehran on Sunday.

“In the Islamic Republic of Iran’s view, terrorism in any region and any place is terrorism because the life of innocent people is important to us,” he added.

Rouhani underscored Tehran’s preparedness to cooperate with Finland and the EU in fighting terrorism and helping the people who have been displaced due to destructive wars in their countries.

His remarks came after certain European states, including France, called for Iran’s cooperation in fighting the terrorist groups in Iraq.

Last Monday, Iranian Deputy Foreign Minister Hossein Amir Abdollahian welcomed Paris decision to cooperate with Iran in quelling anti-security moves in Iraq, although he lamented that the decision has made rather “late”.

“The decision by Paris and certain European states for fighting terrorism in Iraq is late, but considerable,” Amir Abdollahian told FNA.

He underlined that war on terrorism should receive attention in the entire region and the world.