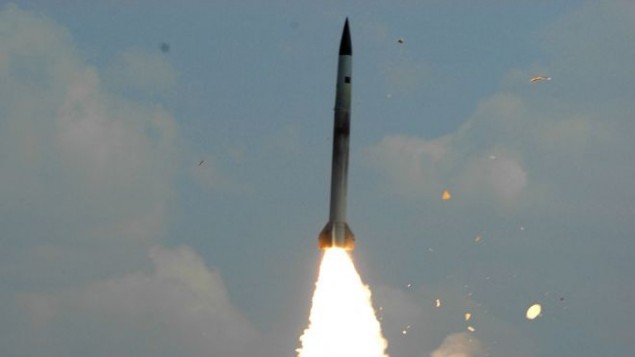 Officials claim Bavar-373 is more advanced than Russian model it is based on Iran’s homegrown long-range air defense system is up and running, Iranian defense officials said Friday.

The Bavar-373 — Persian for “belief” — “has fired a first successful shot,” Brigadier General Farzad Esmayeeli, commander of Khatam ol-Anbia Air Defense Base, told Iranian state-run TV, according to the semi-official Fars News Agency. “We believe that ‘Bavar’ and ’3rd of Khordad’ missile shields are better than some other long-range missile defense systems of the country.”

The system, based on the Russian-made S-300 system, has been hampered by setbacks, but in February, Esmayeeli claimed that the troubles facing development had been solved and the anti-missile defense system would be completed by the end of 2015.

The S-300, developed by the Soviet Union in 1979, is a series of Russian long range surface-to-air missile systems produced by NPO Almaz. The S-300 system was constructed for the Soviet Air Defense Forces in order to defend against aircraft and cruise missiles. Subsequent variations on the model were developed to intercept ballistic missiles.

In 2007, Iran agreed to a deal worth $800 million to buy five Russian S-300 missile defense systems. But the contract was scrapped in 2010 by then-Russian president Dmitry Medvedev, who expanded on the sanctions imposed on Iran by the UN Security Council.

As a result, Iran filed a $4 billion lawsuit against Russia in the international arbitration court in Geneva. It is currently pending review.

The Russian version of the missile shield can trace around 100 flying targets simultaneously and destroy a number of them, while the Iranian adaptation is said to possess a higher targeting capability, among a number of optimized features.

The deployment of S-300 batteries in Iran could provide a significant impediment to carrying out a military strike on Iran’s nuclear facilities, a threat which forms the core of Israel’s deterrence policy.