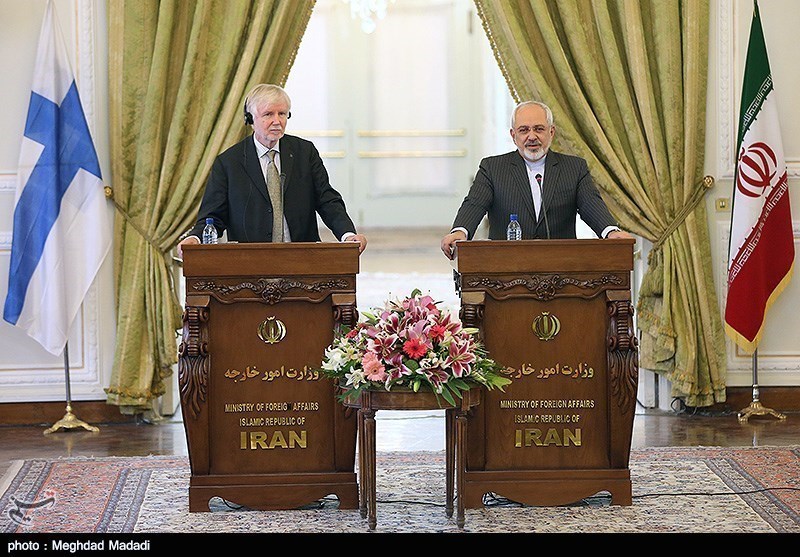 “Normalization of relations can bring about positive changes,” Tuomioja said in a joint press conference with his Iranian counterpart Mohammad Javad Zarif in Tehran on Sunday.

Asked about the prospects of Tehran-Helsinki relations, the Finnish foreign minister said, “In Helsinki, there is a strong interest in the expansion of ties with Iran and we are looking for the removal of restrictions in the relations by reaching a nuclear agreement.”

He expressed pleasure in his presence in Iran, and said since he first visited Iran in 2003, “we have faced no problem in our bilateral relations”

The Finnish foreign minister pointed to the current talks between Iran and the Group 5+1 (the US, Russia, China, France and Britain plus Germany), and said, “I hope that the remaining issues will be resolved in the coming months.”

He noted that a final agreement between Iran and the G5+1 would result in the expansion of Tehran-Helsinki ties in political, economic and cultural areas.

Earlier this week, Iran’s Ambassador to Finland Rasoul Moussavi said the Finnish foreign minister would confer with senior officials in Iran on the promotion of bilateral relations in various domains, and would then travel to Shiraz City, in Southern Iran, to visit historical sites.