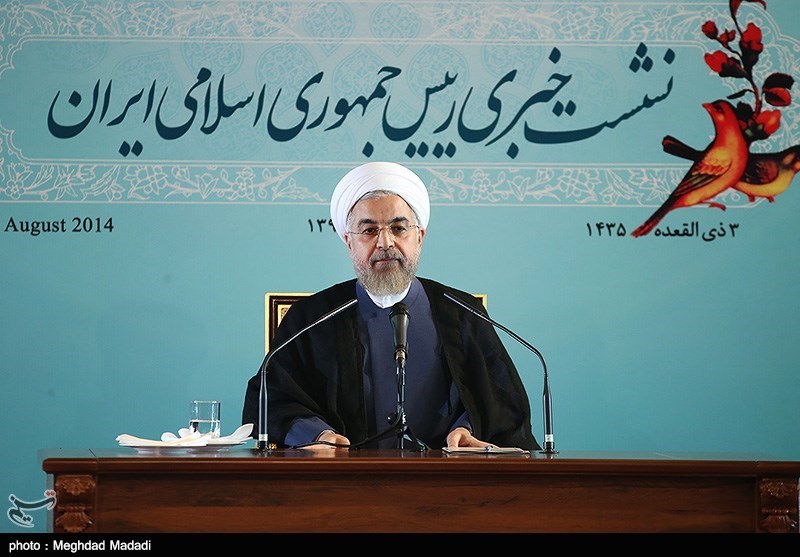 Tehran, Aug 30, IRNA – President Hassan Rouhani said on Saturday that the countryˈs oil and gas output capacity will be increased.

President Rouhani said made the remarks in a press conference.

ˈIn the field of energy, government has made lots of efforts to sell oil and gas liquids to the extent the country needed as you see we are under the sanctions.ˈ

Elaborating on the national gas output capacity, the president said that God willing 100 billion cubic meters will be added to the gas production this year and it will be the same next year. Also, we have plans to exploit the joint gas and oil fields with the neighboring states.ˈ

On performance of the government in agriculture, the president said that the situation in agriculture sector is better than the previous year.

ˈI mean the last cultivation year, i.e. from last October to this October.ˈ

He said more than seven million tons of wheat has been purchased from the domestic farmers and another portion will be bought.

Thanks to the projects the Agricultural Jihad Ministry has commissioned, in the next four to five years, the agriculture sector will undergo major upheaval.