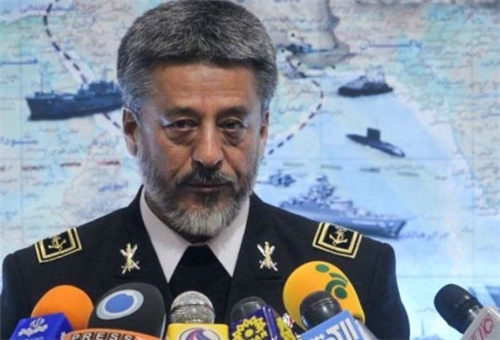 “Fateh submarine will be unveiled on November 28 (the Navy Day in Iran) and will display the Islamic Republic of Iran’s power in building submarines and elevate the country’s position very much,” Sayyari told reporters in Tehran on Saturday.

Iran announced in April 2013 that it has increased the power and efficiency of the missiles and torpedoes mounted on its newly-made Fateh submarines.

Elsewhere in his remarks today, Sayyari announced Iran’s plans to conduct massive naval drills in the Indian Ocean in the near future.

“These wargames will be staged in the second half of the current Iranian year (September 2014-March 2015) at high quality levels and in the free waters, specially Northern Indian Ocean,” he said.

Sayyari added that the Iranian Navy’s capabilities in building vessels, submarines and aircrafts, conducting special operations and its missile power will be displayed during the wargames.

He said Iran’s latest naval advancements and achievements will be displayed in the exercises, adding that the number of surface vessels and submarines as well as marines and naval units to take part in the wargames will be larger than ever.

The Navy announced earlier today that its warships had rescued two cargo ships in Bab el-Mendeb and the Gulf of Aden after tough battles with pirates in the high seas.A statement of the Navy said that in the first battle, the timely presence and action of the Iranian Navy’s 31st Flotilla thwarted an attack by eight pirate speed boats, equipped with various light and semi-heavy weapons, on a cargo ship in the Northern waters of Bab el-Mendeb, forcing the pirates to flee the scene.

In the second rescue mission, the Iranian warships also thwarted a similar attack by six pirate boats on another ship in the Gulf of Aden and also forced the pirates to escape, it added.

The cargo ships were carrying medical and pharmaceutical products as well as raw factory materials worth millions of dollars to Iran.

In late July, the Iranian Navy dispatched its 31st flotilla to the Gulf of Aden and the high seas to protect the country’s cargo ships and oil tankers against pirates.

On August 24, the 31st Fleet of the Iranian Navy, comprised of Bayandor destroyer and Bandar Abbas logistic warship, docked at Djibouti port with the message of peace and friendship after sailing 2,200 nautical miles in free waters.

The fleet of warships had escorted 670 military and cargo ships and identified and traced trans-regional vessels and aircraft by then.